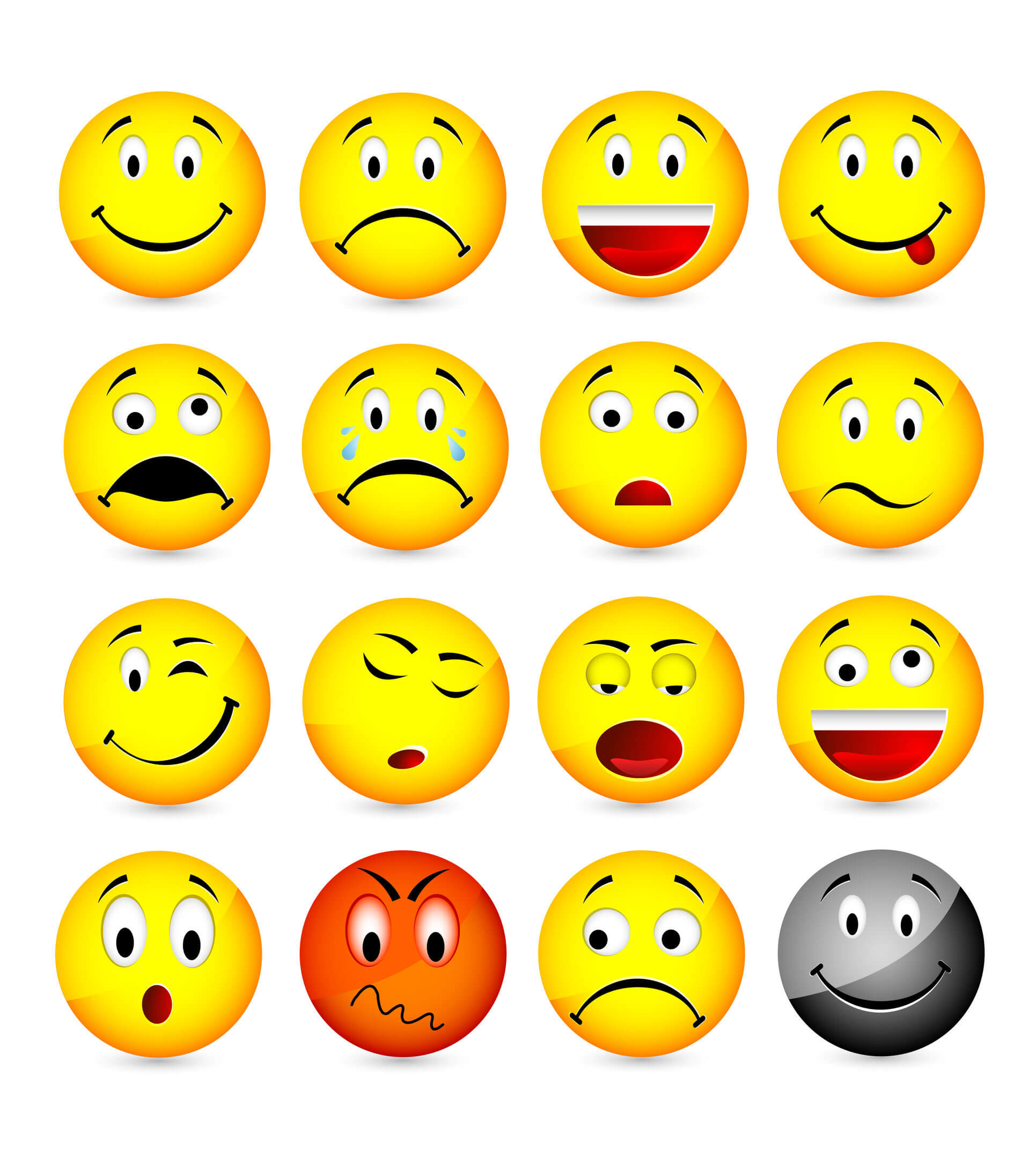 Over the past 7 years of analysing emotions, Beyond Philosophy has built up a wealth of experience on how to measure emotions and how to understand what drives emotion. However, there is no point in looking at emotion unless it drives value to your business. So with this in mind we have recently gone beyond individual client engagements to see if more generally there is a relationship between emotion and key KPIs Net Promoter®® and CSAT.

To do this we have developed a single emotion number called Net Emotional Value.

Net Emotional Value is a single number that represents how your customers ‘on balance’ feel towards you. To put it simply NEV is the net of positive emotions less negative emotions.

A simple calculation based on our Emotion Scale for NEV would be:

It is slightly more complex if your business has positive attention emotions that drive value but the principle is the same.

Demonstrating the relationship between NEV, NPS® and CSAT

Critically when we take the NEV and correlate this to NPS® scores provided by each respondent we can derive an NEV/ NPS® relationship chart that should support or refute our central hypothesis that:

In addition we also have used this to test other value indicators such as Customer Satisfaction.

If this relationship holds, it means that there is an emotional underpinning behind Net Promoter® (i.e., loyalty) and Customer Satisfaction such that any change in one reflects in a change in the other. In other words for management, Satisfaction and Recommendation/ loyalty must be effected by emotional response not just rational response alone

The following chart shows our results:

Note that these names also fit within the Beyond Philosophy typology of organisations based on how CE centric they are. We believe there is a direct link between emotional engagement and the degree to which the internal organisation is CE focused.

Figure 1: Net Emotional Value and its relationship to NPS® percentages 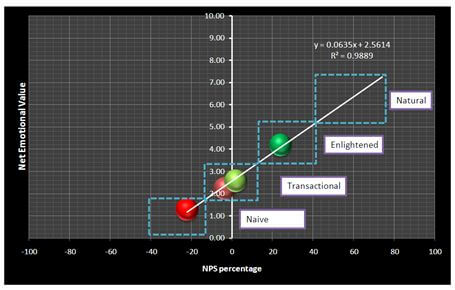 Our conclusion is that companies driving NPS® are focused on emotional engagement.

Figure 2: Net Emotional Value and its relationship to Customer Satisfaction 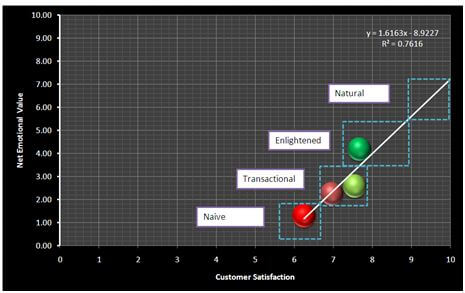 Net Emotional Value and its relationship to Customer Satisfaction

Interestingly we can see that there are two transactional states where the relationship is similar. So if a company is evoking strong positive AND negative emotions this can lead to a similar rate of growth in CSAT or NPS® as if the company was evoking little emotion at all! In other words, emotions need to be evoked and controlled.

It can be seen that the Natural state is hypothesised from this dataset as involving high positive emotions. Unsurprisingly, the dataset does not contain natural industry types (although there are types by company). Competitive confidence only allows us to express types by industry. For completion we include the Natural profile from one (undisclosed company, N=1,319). 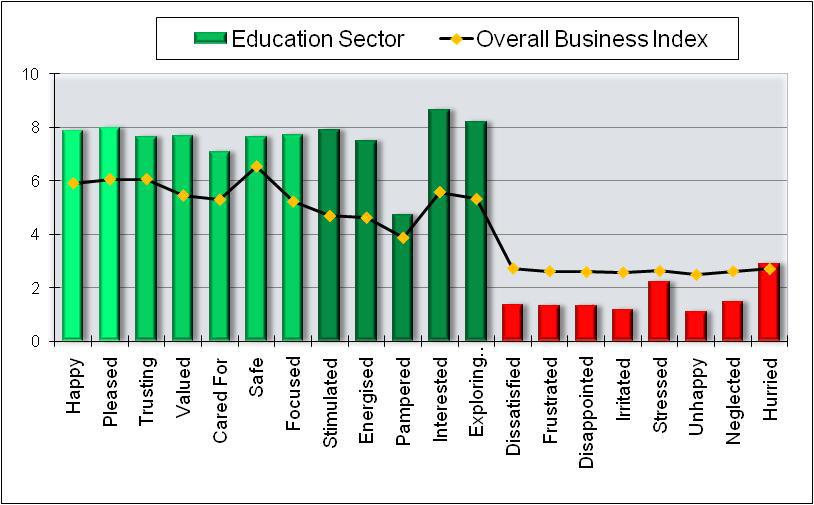 In this case, we can see that the attention emotions are pulled up to the high level of the positive recommendation and advocacy emotion sets.

Understand your NEV score and diagnose how you can move your emotion scores higher.