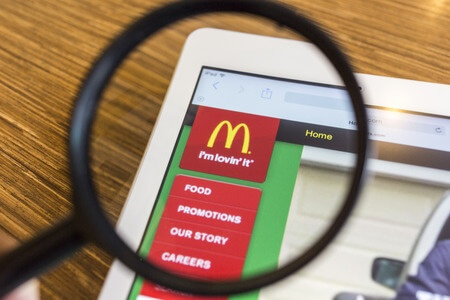 Globalization is a reality for more organizations. Moving your organization to a global market is a big step with many strategic considerations.

But one area that I would hope that does not get overlooked in the strategic planning for a global expansion is customer experience. Keeping a one-size-fits-all approach to customer experience is a shortsighted strategy that can have enormous ramifications to your bottom line.

There is a famous story often told in Introduction to Marketing classes in the States that talk about a cultural miss for Detroit auto-maker, Chevrolet. They were launching the Chevy Nova in Mexico. They spent millions on marketing the car to disappointing results. The reason was simple: the name.

In Spanish, “no va” means “no go”…hardly the message you want for your car. This cautionary tale sets up the concept that you must know your audience. And this is true if you are talking about Paris, Texas, or Paris, France.

Different countries have different cultures. So it stands to reason that what is acceptable in one country is not acceptable everywhere. For example in a restaurant in England it is considered rude for a waiter to take only one person’s plate from the table when they have finished their meal. Instead, waiters wait for everyone to finish. In the US, however, that is the opposite with shift leaders everywhere telling their teams to clear away the empties about as soon as the diner drops their utensil.

But if there are differences about what is acceptable, there are also differences about what is expected as well. These differences can end up costing you money. Take the speed of deliveries as an example. If we were to ask what the expectations on delivery of a product, the answer you get in Kenya would be quite different from the one you get in the US. Therefore if you are a global company and just offer one standard for delivery speed, you could be adding costs needlessly to your operations by over delivering in other countries outside the US.

What McDonalds Could Teach us all about Adapting to Global Markets?

Some companies have adapted globally quite well. Take McDonalds for starters. They have adapted to global markets extremely well. They have more than 34,000 restaurants worldwide, in 118 different countries and serving nearly 69 million people each day. They know a thing or two about how to appeal to different cultures.

This success comes from an attention to what will work in a country and what won’t. This was apparent in their decision to introduce a vegetarian Big Mac last year in the Sikh holy city of Amritsar and also in a city home to the Hindu shrine of Vaishno Davi called Katra.  Both cities are located in India, a country that already serves chicken big macs in their other 250 stores. According to the McDonald’s spokesman, this move for vegetarian restaurants makes a lot of sense for these famous pilgrimage sites.

McDonalds has a long tradition of adapting to the needs of global markets. Much of the growth of McDonalds in the 90s occurred outside of the states. They did this by offering kosher burgers in an Israeli suburb of Jerusalem and “Halal” menus that complied with Islamic food preparation in Arab Countries.  Then, of course they opened the McSki-Thru restaurant in Lindvallen, a ski and snowboard community. McDonalds showed remarkable flexibility to local food preferences and preparation customs.

It’s slightly ironic that a company that built its reputation on serving standard fare no matter where you were when you ate at one has built its global brand on adapting to local cultures. So literally, if McDonalds can do it, any company can!

What You Should Consider

There are lots of subtle signals that play an important role in how your global customer will perceive your organization.

Disney is one of my heroes as it pertains to customer experience. They have created a standard by which many companies would be wise to measure themselves. But even though they are extremely good at creating a great customer experience here in the US, their foray into France proved less successful.

In an article dated June 1993, the New York Times talks about Euro Disney’s attempts to bolster weak attendance numbers by adding alcohol inside the park near Paris. They did so based on the feedback of German and English tourists who argued that wine was an important part of the French dining experience. This was an attempt to adapt to a European expectation and culture. It didn’t work, however.

The problem was that the French didn’t care of the “squeaky clean American images” that the park projected. Clearly, they subconsciously rejected the “American” quality of the park. Euro Disney continues to struggle financially to this day.

Clearly it is essential to consider Country cultures when rolling out your Customer Experience globally and not be arrogant to think everyone, everywhere is the same. Be sure when you enter a new market globally that you consult with experts on the culture so you can design an experience that will perform well with your local customers.

Colin ShawSuccessful Globalization: If McDonalds Can Do It, Any Company Can!04.09.2014