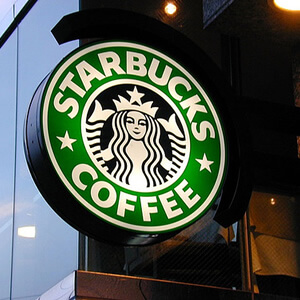 I like Starbucks. I like the coffee and I admire their Customer Experience and marketing.  It is therefore with interest that I saw with the US Government shut down continuing in Washington D.C. that Starbucks have started a campaign to facilitate change in our Nation’s capital. They are offering a free coffee to anyone who buys their fellowman their favourite drink in one of their stores.

My initial thought was this was good and I was pleased they cared enough about this issue to start this promotion. I considered that this shows their social responsibility by getting involved and trying to help… or are they?

When I started to look into this I discovered this isn’t the first time that Starbucks has weighed in on political issues in the capital. Last time the government shut down, they took to writing “come together” on all the cups as a grassroots plea to leaders to find some common ground. As a Brit, I can’t help but feel pride that the words of the Beatles were the ones chosen to urge resolutions to a bitter standoff in the last remaining superpower’s stronghold!

As a result of their quoting the late, great John Lennon, Starbucks made headlines in nearly every publication and was mentioned on every news show that broadcasts in the US. The free publicity from this act was astronomical in value.  So this new campaign, run on the slogan “If actions define us, let us be known for acts of kindness,” may very well be another public relations exercise.

But here is my problem. Is this promotion motivated by real concern or simply an elaborate and well-timed public relations move by the coffee chain giant? What makes me say this?

As a fan of the Starbucks experience I often reference them in my key note speeches.  When I am speaking in the States, my audience is with me. But when I am delivering a keynote in England, particularly in recent years, I get a very different response. I can feel the dissention rising up from the audience as they remind me “Starbucks doesn’t pay their taxes.” I have stopped talking about them in the UK for this reason…

For those of you in the U.S. you may wonder what all the fuss is about. The UK has been going through many austerity measures as many countries have been. Starbucks made over £400 Million ($638 Million) in the UK last year but paid no “corporation taxes” on the amount. This is the tax that is paid on profit in the UK. According to the tax code in the UK, however, this was perfectly legal. Apparently, Starbucks wasn’t profitable enough in the past 15 years to pay taxes for more than one of those years, which was 2009. Many people find this difficult to understand and morally wrong.

When the public found out they were outraged. There was an organized boycott of Starbucks. Rivalling coffee chains saw huge growth in their sales as a result.

With this type of pressure, unsurprisingly, Starbucks responded that they would pay more taxes in the UK, even though they weren’t required to. They felt that their move would help them earn back the trust and the approval of the public to coax more of their hard earned pounds £ from their wallets.  Kris Engskov’s, managing director Starbucks Coffee Company UK, quotes on the issue:

“The most important asset that we have built in our time in the UK is trust – trust with our employees, customers and the wider society in which we operate. We fundamentally believe that acting responsibly and listening to our customers makes good business sense.” (Starbuck’s Commitment to the UK)

In all fairness, tax avoidance is not a crime. It is what many companies do. Maybe the blame is in the tax structure in the UK that allows them to exploit loopholes in the first place.  Besides, they are going to pay an additional £20 Million ($32 Million) to the UK over the next two years even though they are not required to do so.

But this is now my dichotomy. Is Starbucks a ‘caring’ company that is genuinely trying to make the world a better place by getting involved in this type of ‘pay it forward’ activity or is Starbucks just ‘conning’ us they are and in fact their latest promotion is just a good, well timed marketing promotion?

To be honest I hope it’s the former, but I fear it’s the latter. I would be very interested to hear your views in the comments below – are Starbucks caring or conning?