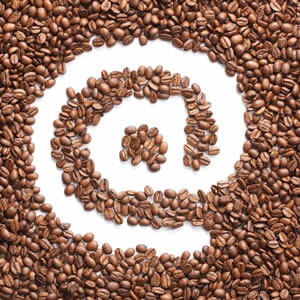 Google, Starbucks and the Dark Side

Coffee and Wi-Fi go together, like fish and chips, movies and popcorn or Batman and Robin. So when I read that Starbucks and Google were aligning to provide customers faster Wi-Fi, I was not surprised.

Starbucks is a customer centric company and therefore improving their experience is natural for them. Everyone wants fast Wi-Fi and I, along with many other people, often seek refuge there for studying, writing blogs or just cruising the web while we sip their labor intensive, barista-styled coffee beverages. Google will replace their current partner AT&T to offer faster speeds for the free Wi-Fi service that Starbucks provides its customers, even though AT&T offered to match the offer, according to an Apple Insider blog. Starbucks Chief Digital Officer Adam Brotman told CNET, “that Starbucks wasn’t looking to move away from AT&T but was in constant conversations with Google about possible ways to partner. Providing faster Wi-Fi to customers is one way to do that.”

But wait a minute; is that the unmistakable sound of Darth Varder breathing in the background of this announcement? “Luke or should I say Howard, (CEO of Starbucks), Come over to the Dark side” …..

Is Starbucks being drawn to the ‘Dark side’ without their knowledge…

Why do I say this? I love technology. I also love freedom and competition. Competition improves people’s Customer Experience’s. Therefore I like net neutrality. For the non-technical people net neutrality is a big issue. The internet has always worked on the concept that all data is equal and all internet traffic should be treated the same. If there is no net neutrality it means that data will be able to be prioritised. Some data gets there faster… and guess what, the people running the network will charge for the privilege for faster speeds which is not good for a Customer Experience. It also means certain data could be blocked, thus restricting innovation. Net neutrality is a big issue for the future of peoples Customer Experience and it is being fought today. Google have always supported net neuataility but recently changed their minds and moved over to the ‘dark side’.

According to the Huffington Post, ‘Google’s Net Neutrality Stance Undermined By Google Fiber’s Terms Of Service’: Their Terms of service effectively say, “You should not host any type of server using your Google Fiber connection.”

This is all technical stuff but what does it actually mean? It means that where I now live in Sarasota, FL I cannot go to my local Starbucks, sit down and use Google Fibre to connect to my Sling box, a clever box that allows me to watch my TV in England. This means that in the future I wouldn’t be able to watch Cricket, Downton Abbey nor the many re-runs of Monty Pythons Flying Circus! Curse the Dark side! It means I can’t sit in a Starbucks and access my computer at home remotely.
Is Starbucks aware of this? Are they supporters of Net Neutrality and the poor Customer Experience it will cause? I hope they are just being naïve as they would go down in my estimation if they are making this a policy decision…

What is the bigger plan for Google?

In the Huffington post article it appears Google are back tracking, but only to a point.

“Google spokesperson Jenna Wandres has given us this statement: “Google is a strong supporter of the open Internet and our stance here hasn’t changed. This is a standard practice of network management, and as we said in our filing, the policy does not prevent legal, noncommercial use of applications such as multi-player gaming, video-conferencing, and home security.”

I am not a conspiracy theorist BUT! This does make me think if you are really in favour of net neutrality why have this clause in here? Why change your mind in the first place? Why try and qualify everything you say? Take the clause out – simple.

I hate to be the one saying this from the grassy knoll in Dallas but to mix my metaphors, and quote Shakespeare’s Hamlet…. The lady doth protest too much, methinks. By the way, Hamlet is something else I won’t be able to watch via sling box: A pox on your house Google! ☹

So what started out to be a great announcement that two big companies are getting together and offering faster Wi-Fi to customers now makes me think this is just part of a bigger plan by Google to spread their network widely and then in future years to exercise their clause, start to close the internet down, close down competition and charge more for people spreading certain type of data, both of which will provide a poor Customer Experience. That is just wrong…..

“Come over to the Dark Side Starbucks and you can even use our (Google’s) motto of ‘Don’t be evil’….”

I am off now to Starbucks to watch Monty Python over Sling box before the world changes…hey ho!