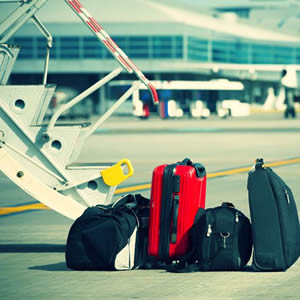 I see there are discussions again about the airline boarding process, as American Airlines are letting people without carry-on bags board first so not to clog the aisles.

As I read different articles on the way airlines have approached this it made me smile. All the articles are about the boarding procedure or process. No mention is made of the Customer Experience. In my blog: Process v Experience: A massive difference, I outlined that there is a massive difference between a process and an experience. A process is an internal view of life and is about efficiency. An experience is about what the customer feels and experiences. As with most companies, airlines are fixated on the process and efficiency. This reveals their mentality and the way they look at the world. They are ‘inside out’ by nature. I am a frequent traveller so I know that getting to the destination on time is an important part of the Customer experience and the boarding process is part of that, but let’s be clear it is only part of the topic of getting there on time and that can be achieved in many ways.

Organizations that focus on the process frequently miss the most important factor, Customers are people and people are irrational. To highlight the point, one airline we dealt with internally called their Customers ‘self-loading freight’ which speaks volumes! They treated Customers as transactions that are something to be processed. But what I see when I fly is very different. I see a microcosm of human behaviour every time I get on a flight and I find it fascinating. To me the answer lies in looking at Customer’s behaviour.

For example, you may well recognise the following scenario. You have a tight connection on your flight. The first flight is already late for some reason. There is total confusion at the gate. Human behaviour makes many people get up out of their seats and stand near the gate, blocking it at the same time. We all know this is not logical, but we are dealing with people and they are irrational. People feel the need just to get on the plane as if they don’t it will go without them. As you look around you’ll see some woman with a dog in a bag is telling her dog that ‘it won’t be long now’ and she grips her boarding card as if for dear life! As the boarding starts, everyone takes that half a step closer, even though they know they are not being called. You eventually get on and sit next to some guy who has decided to have a three course dinner on the flight. Then you hear the announcement. ‘Your flight has been delayed because of the late arrival of the inbound aircraft’. I always think, ‘yes, I know it’s late by why is it late?’

Now the air stewardess, with a tinge of frustration in her voice, says “we would ask you to hurry and take your seats so we could catch up time”, as if it’s our fault the plane is late. Everyone is very tense and this is not a great Customer Experience.

In a perverse kind of way I enjoy it as I love people watching. I sit there and watch humanity pass me by. At the gate I see some people cutting the line thinking people won’t see them, but I do and I am sure others do, but no-one says anything. Then a person tries to get through the gate early thinking they won’t be noticed and then the teenager listening to music oblivious to the world around them. Contrast that again with the ‘road warrior’ business people that have everything down to a tee.
So my advice to the airlines is simple: look at your Customer’s behaviour and design a boarding process around that, don’t treat people as a production line because it will break down every time as people are irrational.

One of the most sensible things I have seen at airports recently has been the way some segregate the TSA lines to Expert and Casual travellers. Road Warriors zip through the lines as we know what to do. We have already taken our shoes, belt, laptops and liquids out and placed them in the right place. The casual traveller needs to be coached/informed/told what to do by ‘friendly’ TSA agents – although being friendly could be an interesting challenge for the TSA.

Airlines hold a wealth of data on their passengers and should build more. Maybe, after first class, they should allow Road Warriors to board, (I acknowledge my bias here), even if they are road warriors with other airlines. Other ideas would be if a person hasn’t travelled for a while the airlines should offer a video explaining how to board a plane efficiently with some incentive attached to watching it. So I believe the answer lies in Customer behaviour and segmenting the boarding on that basis rather than looking at the world through ‘production line’ eyes.