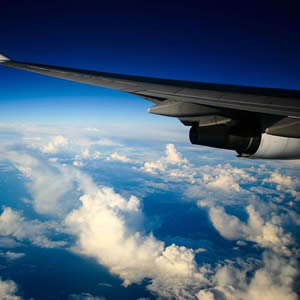 About time! Was my reaction when the European Aviation Safety Agency (Easa) joined the Federal Aviation Administration (FAA) in the US by approving the use of inflight electronic devices, referred to as Personal Electronic Devices (PEDs), during taxi and take-off as well as landing recently. This is great news for anyone who has flown in the past 20 years. But in particular, it’s great news for frequent flight customers, because our voices were heard and we caused change. Although I have to say, what took so long!

I spend a lot of time on airplanes. More than I would like frankly, but it’s part of my job, so I fly. A lot. Luckily (or unluckily, depending where I am going) I fly all over the world on many different carriers. So when it comes to the customer flight experience, I am a bit of an expert.

I, like Alec Baldwin, Senator Chuck Schumer and countless other passengers over the years, have been known to test the limits of how long I can keep my electronics going after “the door is closed.” After all, airplanes are a place where I can get a lot of work done without distractions, a rarity in my life.  So I want to use every second I can to get something done, finish a draft, a proposal for a client, etc., so that I can maximize this productive time.

I have also suffered the terse words from an irritated flight attendant as he or she reminds me that it should be switched off and stowed. Sufficiently admonished, I have always complied, but inside I have been irritated and incredulous that this little electronic device no bigger than the palm of my hand has the ability to bring down a 255,000-pound aircraft.

The truth is that it can’t.  Oh sure, at one time there was “interference” with the radios on planes by electronic devices being used by passengers. But this was a long time ago. We are talking 1966; about a transistor AM FM Radio…that was probably back in the smoking section. The problem was the radio could use the same bandwidth as the aircraft and even if it didn’t, it would register on the plane’s navigation and communication devices as noise. So, they were not allowed when the plane was in the business of landing or taking off, which is the first and last 10,000 feet of any given flight. Now they are! Wahoo!

But why did it take so long? Customers, like Baldwin, and me are tired of the nonsensical notion that our smart phone or tablet is a hazard on a flight. Flight attendants are tired of telling us to put them away. Everyone on board wants the 2-year-old who wants his Elmo video to have it the instant they are trapped in a plane with him for the next two to four hours. One never knows how long it takes to get from gate to 10,000 feet until they have heard that tantrum play out in the row behind them.

For that reason alone, this policy will improve the experience for everyone. It’s a ‘no brainer’. I applaud the major carriers in the US that helped to get this measure approved from the FAA. Now the FAA requires each of the airlines to get their safety procedure for these devices approved before they can allow passengers to take advantage of the new policy. The question of which PEDs will be allowed when is a complicated one and the different carriers are sorting through those particulars.

JetBlue, an airline in the US that was the first to offer live TV in the seats, was the first to get their policy approved, followed in a close second by Delta. Smaller airlines are scrambling to offer the same benefit to their passengers. This means that while the FAA has approved the idea, whether or not your get your latest film when you sit down in your seat will depend on the airline you are flying. I am sure Ryanair will find some way of charging for it. But don’t get me started on Ryanair, regular readers know I hate them.

But given time to sort out the details, most industry experts think that all the carriers, including those in the UK, will have their PED policies in place by the über busy holiday travel season.

I think this is a great example of the power of customer trends and the importance of listening to what customers want when you want to improve your experience.

So now that we can have our PEDs throughout the flight, what should we go for next? What do you think should be next for airlines to adopt to improve the customer experience?