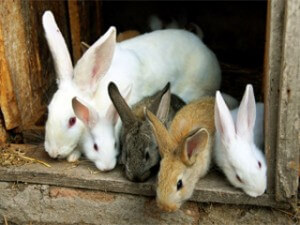 It’s tough to get employees engaged but, when you do, it’s worth its weight in gold… let me tell you a story about how I achieved this to great effect…

A number of years ago, back in my corporate career, I was asked to take over 20 call centers. The previous manager had been asked to move on, with good reason. He was a very poor leader. He thought management was about telling people what to do, measuring numbers and treating people as second class citizens. He was ‘old school’ and ran the place with a rod of iron. All this culminated in a poor performing organization whose people were demoralised. I remember finding out his office wasn’t even in the call centre – it was on the other side of town as he wanted more room! He rarely saw his people and when he did all he did was shout and tell them how poor they were doing!

His views of leadership and mine were very different.

My view of leadership has always been one of being inclusive. I believe everyone is equal, everyone should speak their mind, and they just have a different job to do. Achieving consensus, though, can be very powerful. I outline my thoughts on leadership in this blog, 6 secrets of success .

When I started I knew I had to break down the barriers between management and the teams. For example, I decided not to use the previous manager’s office; I worked at a desk with everyone else in the call center as I wanted to be accessible to everyone. I undertook the principles of MBWA, ‘Management By Wandering About’. This is not talked about much today but to get people engaged it is important to just spend time wandering around chatting to people.

As I got to know everyone I discovered some really great people who had a great deal of potential but they were being down trodden by the previous management, so I introduced a program I called ‘Releasing your potential’ to try and get over the message. The strange thing was even though I instituted a number of changes to ‘free the people’ they were not responding as fast as I had expected… I wondered why….

One day I was in my back yard with my kids. That morning I had spent time erecting more fences so that when we let their rabbits out of their hutch they had the whole of the yard to play in. I was looking forward to seeing what the rabbits did. I had expected they would see the space they had to run about in and shout ‘Wahoo!” look at all this space! (or whatever the equivalent is in rabbit language!). But they didn’t. When I took them out of their hutch and set them on the ground they just sat there. I left them and went to sit back in my chair and watch them. They didn’t move!

After some time one rabbit took a few steps forward, and then a few more as he started to explore the new area. The other rabbit, wandered back into the cage!  I reasoned it must have felt safer there, somewhere familiar.

As I sat there looking at this unfolding before my eyes it came to me that the people in the call center we were like my kid’s rabbits! There were a few of my team that were slowly embracing the changes and the freedom; they were taking a few tentative steps into the back yard.  Many of the team, though, were waiting to see what was happening and questioning if I really meant all these things, deciding if they liked it or not, seeing what other people were doing before venturing one way or another. It was also obvious some didn’t like the freedom at all. Why? Because with freedom came responsibility. Freedom meant they needed to use their brains and take responsibility for their decisions. They liked it back in the hutch, where everything was certain. An example of this was when I started working in the call center there would be a queue of people asking me questions. It’s not that they didn’t know the answer, in fact they knew much more than I did as I hadn’t managed a call center before. It was because they didn’t want to take responsibility for their actions.  I quickly learnt to say, ‘Do whatever you think is right’. It was amazing to see people’s faces. They were stunned. They preferred to be told what to do; they preferred the hutch, life was simpler then but I had thrown their hutch or cage away. A couple of people resented it. It has to be said that some of these people didn’t make it through the transition. They left to find other cages to live in. Unfortunately there were still a number out there in other organizations!

Over the following months I continued with the ‘Realize your potential’ program. When people made mistakes I didn’t shout at them, I used it as a learning opportunity. I replaced the managers who were still ‘old school’. I took a gamble on one of the call center agents who I thought would make a good manager. She showed drive and commitment to make the change. That turned out to be a great decision. She is a great leader and has moved onto bigger and better things.

The team turned around. We went from the lowest results in employee satisfaction to one of the highest. The productivity of the team improved and most importantly our customers were happier. It’s simple really – happy employees give you happy Customers. Employee engagement and Customer Experience are twin bedfellows – you can’t have one without the other.

Change takes time. You have to realise that some people won’t make it. Some people prefer the cage. However, most people thrive in the freedom given, as long as they can see you are serious and your words match your actions. Some employees will blossom and then being a leader can be one of the most rewarding jobs out there.

How do you engage your employees?