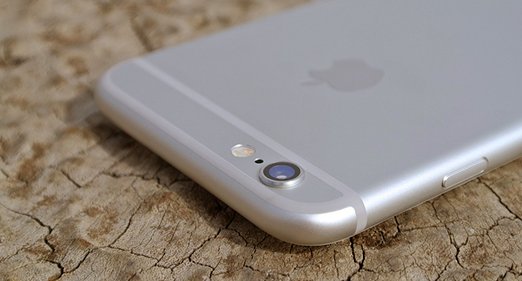 I’m a great fan of Apple, and not just because I use their products. For years, Apple has distinguished itself as a company that knows how to build an emotional connection with its customers. Because of that connection, Apple claims legions of loyal fans.

But with its recent missteps in its handling of iPhone battery issues, one has to wonder: has Apple lost touch with its customer base?

In case you haven’t been following along, here’s what happened. A software update last year slowed the performance on some “older” iPhones. Users with iPhone 6 and 6s models (which, honestly, are not all that old!) reported long lag times in switching between apps and making phone calls. Apple said the slowdown was intended to preserve battery life and prevent unexpected shutdowns, but critics suspected that Apple was throttling phone performance in its older models to get people to upgrade to the new iPhone x (which carries a $1000 price tag).

In my view, the real problem was Apple’s lack of communication. Customers weren’t warned or given a choice about upgrading to the new software, and so they were caught off guard by the problems. Furthermore,  Apple was slow to apologize or make amends. Under pressure, it eventually dropped the price of its battery replacement service from $79 to $29.

That’s where the communication went from bad to worse. Because it turns out that Apple didn’t actually have enough replacement batteries to accommodate everyone. Media reportsdescribe customers making an appointment for a battery replacement at the Apple Store or an authorized Apple retailer, traveling there, and then being told that there were no batteries to be had! In some cases they were told there wouldn’t be a battery for four months. Apple’s website doesn’t publish the phone numbers for its store, so it doesn’t even seem possible to call ahead and confirm there is a battery available.

This is absurd and unnecessary. It makes iPhone owners feel that Apple doesn’t care whether they have a functioning phone or not. It also says that Apple is perfectly willing to waste people’s time making appointments and traveling to a store that doesn’t have batteries in stock. Or as one customer said to the New York Times: “I feel like I’m waiting at the back of a club and the bouncer won’t let me in because I’m not fashionably enough dressed.”

If you’ve been a faithful Apple customer for years, this kind of thing hurts. It creates a negative impression that’s not easily forgotten, and these impressions are one of the ways that customers evaluate an organization. This is so important it was the topic of our recent podcast.

Creating a negative impression is very unlike Apple. One of Apple’s great strengths has been its ability to empathize with customers and anticipate their needs. Store employees – from the salespeople to the genius bar staff — are trained to read and respond to body language and forge an emotional connection with customers. This has made Apple a leader in customer experience, and a brand that others have sought to emulate.

One has to wonder whether the corporate folks designing the updates and new product launches have become tone deaf to the loyal Apple fans who don’t necessarily want to plunk down several hundred dollars for a marginally better phone every couple of years. They seem to have made a decision without considering the emotional reaction from people who had a perfectly fine phone before the update, and a wildly dysfunctional one after.

Apple is working on a new update that will allow users to turn off the battery-saving feature, and it is considering offering rebates to people who replaced their batteries at the original $79 price. But is this enough? Will this debacle ultimately hurt Apple’s brand?

I’m betting it won’t. Apple’s in-store experience has not fundamentally changed, and Apple has done such a fabulous job of integrating its devices with one another that loyalists will not be quick to leave the Apple world. But Apple needs to be careful to avoid missteps like this in the future. Future communication issues could send a message that no matter how pleasant and caring the in-store staff seem, they’re not backed by a corporate policy that puts the customer first.

Have you been caught up in the iPhone battery drama? Tell me about it in the comments box below.

If you liked this blog, you might also enjoy these:

The Apple Store Will Be No More!

Apple: Imitation is the Highest Form of Flattery