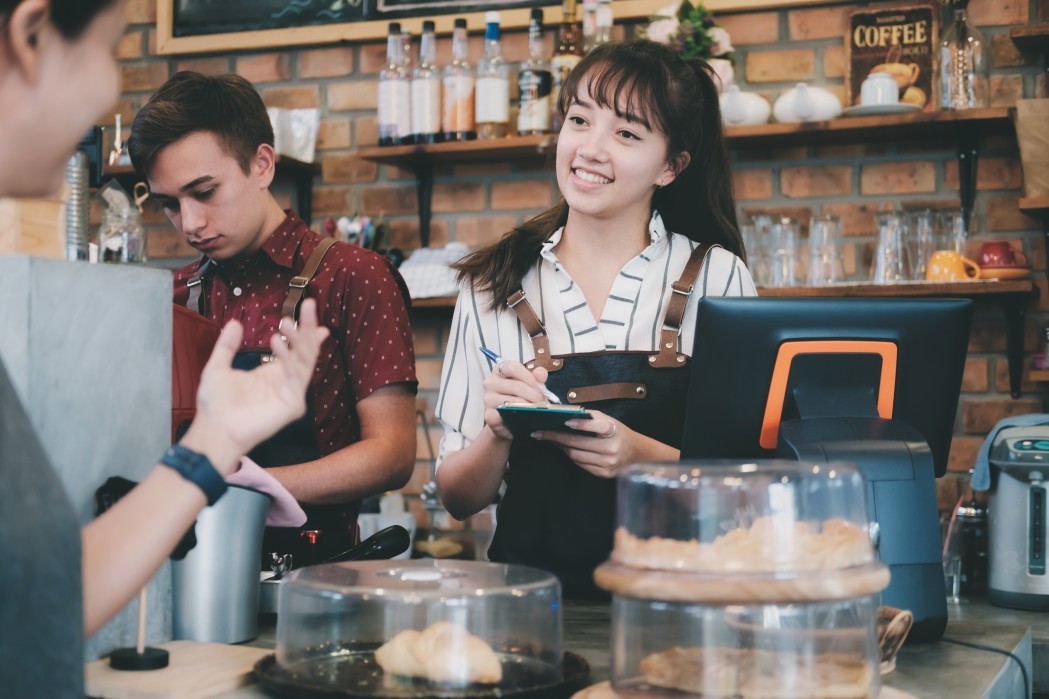 Organizations use lots of incentives to encourage specific behaviors. The idea is that people will change behavior because of the monetary element of incentives. However, these incentives could be doing a lot more than that, which can have beautiful or terrible effects on your customer-driven growth.

Ph.D. student Alicea “Allie” Lieberman from the University of California, San Diego, was a guest on our podcast recently to discuss incentives. Harvard Business Review published Lieberman and her partner Kristen Duke’s research in an article, “Why We’re Incentivized by Discounts and Surcharges” in February of this year. Lieberman shared what she learned and how we can apply it to generate customer-driven growth.

However, Lieberman and her research partner think that there is more to incentives than the financial gains and losses. Her research indicates how you frame or structure the incentive signals to people whether the behavior is more of a social norm. Furthermore, they found that surcharges suggest that the practice is socially normative more effectively than a discount.

In other words, when I go to the grocery store, and they charge me 10 cents for not bringing my bag, I see it as a social norm, or an accepted rule of society to bring a bag. I conclude that other people must already bring their bags from home. However, I wouldn’t necessarily draw the same conclusion if the incentive was a discount.

Lieberman says this idea is further nuanced by the different types of social norms. These include:

Lieberman says that when you charged for a bag, you will infer that it’s both an injunctive norm and a descriptive norm. So, you think most people are bringing their bags, and most people think that I should be bringing my bag as well.

The markets in England introduced a five-pence surcharge on bags (which is around 8 cents) some time ago. It’s not a tremendous amount of money, but it was enough. The use of bags has dropped by 85 percent, believe it or not. It is now socially unacceptable to use a plastic bag. When we come to the states, we’re surprised how many people still use plastic bags.

Lieberman says that she thinks the success in England was a result of an already accepted idea that plastic bags are not great for the environment. This idea is more influential than the surcharge. Previous research by Alan Evans and colleagues showed that the way you frame a policy could be more or less acceptable, depending on the behavior to which it is attached. What Evans and his team found was that if a response is considered obligatory, then people are more likely to accept a disadvantage incentive in the policy.

This idea is significant in Behavioral Economics and the idea of Nudging people’s behavior. So, in this case, you could think of a surcharge as a disadvantage in the policy. People already bring a bag as an obligation, because they believe it is essential to do so, “doing their part” as it were. Therefore, customers didn’t object when the store started charging for bags. However, if people didn’t think it’s essential to bring a bag for environmental reasons, then we might have seen a backlash from customers against the surcharge.

Another Behavioral Economics concept is at play here, too. Loss Aversion, which suggests that people feel worse about losing more than they feel good about gaining things, is also affecting behavior. Furthermore, Loss Aversion would support the idea that a surcharge would be more effective in changing customer behavior than a discount.

While Lieberman agrees that Loss Aversion could, in part, be responsible for the results, she says it isn’t the only or even the central concept behind customers’ behavior with incentives. She says compliance with social norms accounts for more of the changes incentives inspire in customer behavior. People made choices to bring a bag to avoid embarrassment or shame they would feel for violating a social norm. Also, there were carry-over effects, which means people brought bags to other stores, too, even when there was no incentive in place because they thought it was a social norm. In addition, when Lieberman’s team tested doubling the discount vs. using the surcharge, the surcharge was more effective than the discount, which indicated Loss Aversion was not driving these decisions. Moreover, people thought this policy was fair, which you might not have seen if they didn’t agree with the social norm, which is to use fewer disposable plastic bags for environmental reasons.

The research team felt that two theories would describe why this worked, which ties back to injunctive and descriptive norms. With injunctive norms, people see a fee linked to a behavior that is an obligation as a disadvantaging policy, but they are OK with it. However, the opposite is true also. With descriptive norms, people see a discount tied to a behavior that is voluntary as an advantaging policy and are also OK with it.

In other words, people think both the disadvantaging and advantaging policies are fair when employed in these circumstances. When you are charged a fee for a disposable bag, you think it’s OK because you didn’t keep up your obligation to curtail the use of disposable bags and bring yours from home. When you get a discount, you think it’s fair because you voluntarily complied with the desired behavior.

So does this mean you should add incentives to your products and services? Maybe. But before you do, you should understand who your customers are, what they believe, and identify the behavior you seek to change. Also, when putting an incentive in place, realize that finances are not the only thing driving this change in behavior.

Discounts and surcharges are essential tools, and they could be signaling more than you might think, specifically, accepted social norms. However, if you do decide to use incentives to change behavior, remember that surcharges are more effective than discounts.

Moreover, it’s crucial to think about what your actions are leading customers to infer about you, themselves, and other customers. The grocery bag example adds a few pennies here or deducting a few pennies there, and leads people to conclude what other people are doing. It is a profound nudge that could easily have happened by accident. Luckily, in this case, it was a happy accident with a behavior that does good in the world. But what if it wasn’t? Therefore, before you employ incentives to change behavior, it would be best to give thought to what you are communicating to ensure you are helping and not hurting with your efforts.

Lieberman’s research gives us an excellent example of multiple Behavioral Economic theories of layering on top of each other, and all moving in the same direction. We have both Loss Aversion and Social Norms, suggesting surcharges over bonuses. I appreciate that in this way, science supports this concept when you are thinking about strategies that inspire customer-driven growth.

When it comes to shaping behaviors, many organizations do not necessarily go down to that level of detail. However, it can be beneficial to be ahead of or on the curve of what matters to customers. Our Emotional Signature® can help discover what those things are. The Emotional Signature is the level of emotional engagement you have with your customers. Moreover, the Emotional Signature research will define for your experience the things that drive value for customers. Then, using these values as your guide, you can then look to discount or surcharge.

Consider what the new social norms are and what some of the social norms you think are imminent. For example, environmental consciousness is a common concern for many of your customers. Therefore, social norms that adopt an environmentally-friendly effect or that reduce a carbon footprint are and will be the social norms going forward. So, how can you facilitate that with your experience? It could be another tool in your armamentarium to shape customer behavior.

To hear more about this strategy in more detail, listen to the complete podcast here.