Are you thinking the same as me? Facebook is not what it used to be – or at least my perception of what it was. Instead of being a company that I admire with a customer centric and open culture it now appears that the inherent culture of Facebook is one of non transparency which chooses to manipulate their customers and their data.  Furthermore, I believe this could lead to their downfall.

Their investors maybe don’t feel the same way. The New York Times reported that Facebook had been fined $5 billion for privacy violations and the share price went up! It was good news that it was only $5 billion. Many people thought it was going to be much more.

Of course, many people thought that it should have been a lot more. I count myself among them.

Privacy is not a small thing. This latest violation should have us all wondering, can we trust Facebook and will this fine make any difference?

We discussed Facebook on a recent podcast and the implications of privacy violations for their users. We believe the loss of trust is going to be a massive issue moving forward.

I use Facebook, although not very much. LinkedIn and Twitter are our main social media channels. I used to use Facebook with my friends and family and everything else, but after the Cambridge Analytica scandal, I stopped using it as much. There are disadvantages, but it’s worth it to me because they are collecting so much data about us.

Also, Facebook uses AI to capture and keep your attention to maximize their ad revenues.

Of course, it makes sense from their perspective. Facebook wants you to use the platform a lot because they will make more money by helping advertisers sell more stuff. However, the data they collect and the disingenuous way they collect data about you is too much.

Steve Wozniak, one of the founders of Apple, encouraged people to get off Facebook. Apple says that privacy is a human right. That is where I sit.

Consider what Facebook has done. Facebook has multiple strikes and numerous screw-ups regarding user privacy. There was the Russian interference incident and the introduction of fake news.  Then there was the Cambridge Analytica scandal and, of course, their practice of collecting data about us without our knowledge of what they accumulate and how they use it. These actions reveal that the culture of the organization is not keeping users’ information private.

Moreover, this latest FTC fine was a follow-up fine from a previous violation. Several years ago, Facebook was slapped on the wrist by the government, who said Facebook needed to protect the privacy of their users. Facebook engaged in an agreement with the government that said, “OK, we will protect people’s privacy.” However, this $5 billion fine is because Facebook violated that agreement. 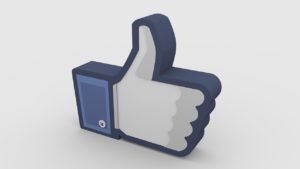 We bear responsibility here, too, however. People forget that when the service is free, you are the product.  Facebook is not investing all this money to provide this service out of the goodness of their heart. We must remember that they’re doing it to make money out of all the information that you’re providing.

I would like to see more transparency about the amount of information collected and what they’re doing with it. Of course, if somebody from Facebook were responding to this, they would tell me that it’s in the Terms and Conditions. To which, I would respond, “Oh, yes, I read those in their entirety before I marked ‘agree.’ Wasn’t all this covered on the 14th screen?”

Facebook is working to advance the field of machine intelligence (AI). As the machines learn how to do things, is the AI learning a system that puts the user and privacy first, or how to be more underhanded and less transparent? Also, what is the danger of that?

Trust is a funny emotion. We can say that organizations should be trustworthy because,  from a moral and ethical standpoint, it is the right thing to do. However, from a business economics perspective, market conditions will dictate whether being trustworthy is vital to the bottom line.  In other words, if customers are locked in for some reason or another, then trust is going to matter less to the relationship.

That doesn’t make being trustworthy any less ethically responsible, but many services operate in places where people don’t have many options.  For example, rural areas often only have two choices for Internet, and one of them involves a network that is at least two generations behind. As a result, the providers there often do smarmy things that keep people indebted to them, like contracts and cancellation fees, to name a few. However, these non-customer-centric tactics matter less to their bottom line than it does to a service with no barriers to exit like Facebook.

Facebook is one of the biggest companies that’s ever existed in the world, and so we think of it as a mainstay of our society. However, Facebook was not the first service in this game (remember Friendster, Myspace, or Google+?).  The value is not the company itself; the users generate profit. We can leave Facebook anytime, and the value will decline quickly.

It is a classic business monopoly when you think about it.  When you’re the dominant player in the market, you don’t have to take care of your users. So, yes, monopolies make money in the short term, but long term, how you treat customers is an issue. If they don’t trust you, they will not be your customers.

I don’t think a leopard changes its spots. Facebook won’t either.  If you don’t have the customer at heart, if you haven’t developed a relationship built on trust, then guess what? People will leave.

Other companies do put the customer first, and as a result, have a relationship with customers built on trust. Amazon comes to mind. Jeff Bezos has always had customers at the heart of the organization, stating over and again that he wants Amazon to be the most customer-centric organization in the world. There is a lot of evidence to show that it is working for them. Anecdotally, I trust Amazon, and that has built up over time.

My fundamental advice would be to build your organization based upon customer centricity and trust. The lesson here is if you’re in a monopoly, then that monopoly will not last. But if you have the customer at the center of everything you do, you have a company that will last even when competitors enter the landscape.

Second, if people don’t trust you now, you’ve got to build that trust back. However,  recognize that it’s going to take a long time and you will suffer scrutiny while you do it. Nevertheless, keep a firm hand on the tiller, and you will be heading in the right direction so you can turn it around.

The Internet boom introduced a lot of new business models and new revenue sources.  One of them was this idea that we can turn our customers’ information into a revenue stream. It became the business model of almost every tech firm of the time. They lose money upfront but gather a humongous customer database that they can monetize.

The days of that business model, Facebook’s business model, are coming to an end, at least from the perspective of doing it behind the scenes. People will rebel against that.

Facebook, as an entity, will continue for a long time because they’ve diversified their business model. However, some of the models that they’re moving into require trust.

For example, Facebook is considering launching its own cryptocurrency, Libra. Because Facebook has exploited users trust, you have to wonder who wants to give them banking information?

The lack of trust is going to make it much harder for Facebook to continue to diversify and seek new sources of revenue.  Let’s also not forget that it doesn’t take anything but discipline to stop using Facebook.

To hear more about the culture and trustworthiness of Facebook in more detail, listen to the complete podcast here.

Find out more about how you can successfully transform your digital experience and use our ‘Authentic Emotion Measurement’ tool which measures the effectiveness of your experience using facial expression.

Hear the rest of the conversation on ‘Facebook Fined – Is their culture to blame?’ on The Intuitive Customer Podcast. These informative podcasts are designed to expand on the psychological ideas behind understanding customer behavior. To listen in, please click here.

THE SURPRISING EFFECT OF CHOICE ARCHITECTURE ON YOUR CX

MEMORY CUES – EXCELLENT CX IS USELESS IF NO ONE REMEMBERS IT

THREE THINGS THAT DRIVE ME MAD AT RESTAURANTS 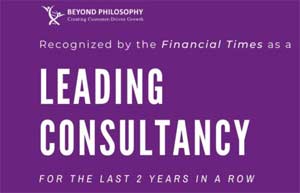