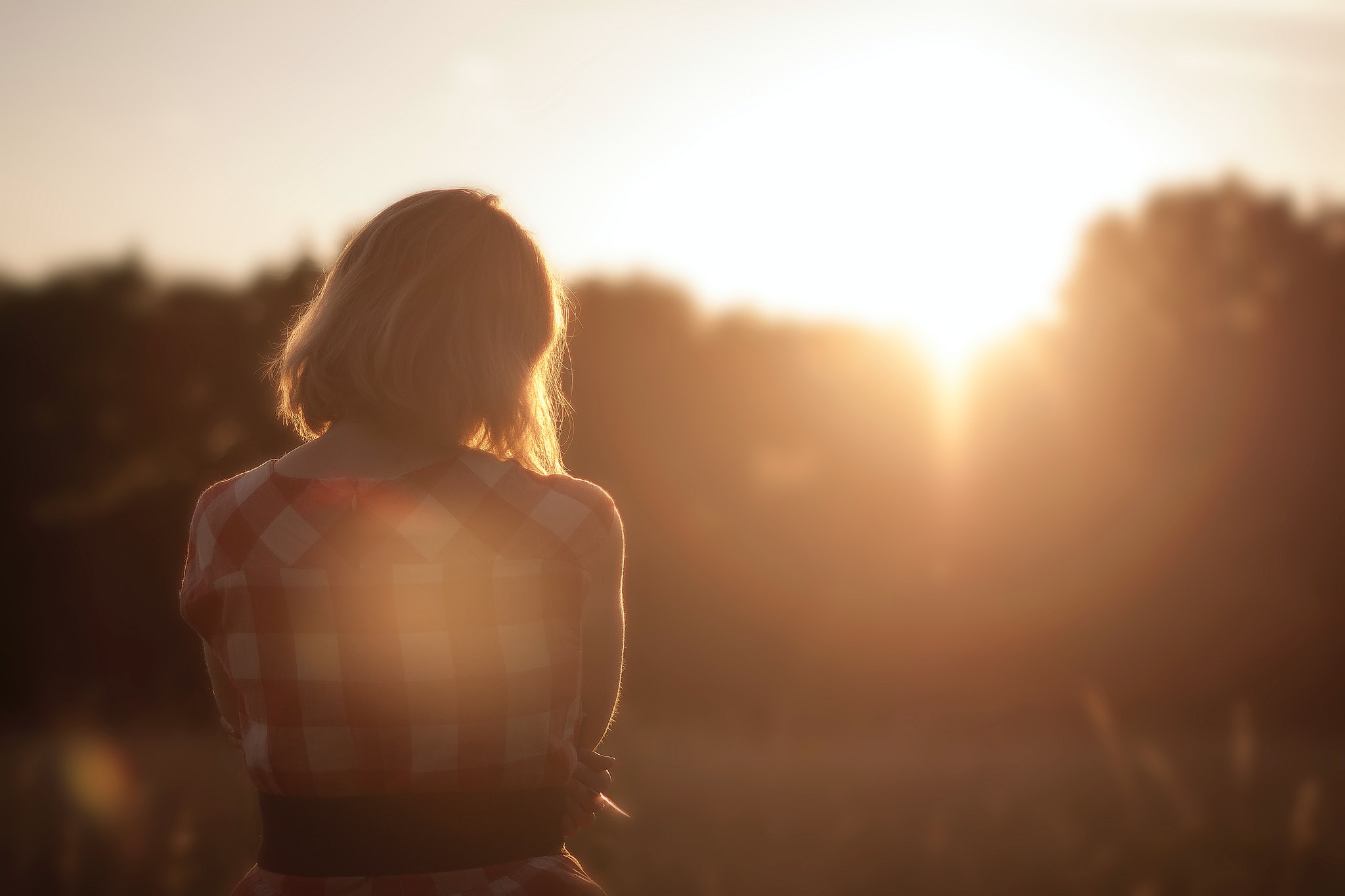 Human beings are magnificent at holding onto two contradictory beliefs in their minds. It’s a psychological phenomenon called Cognitive Dissonance, and it’s why we sometimes think that things are good when they are, in reality, bad.

We discussed this phenomenon in a recent podcast and how we all do this. For example, I think the Luton Town Football Club is the best team in the world. The team demonstrates how football (aka, soccer, for those unfamiliar with the British version of the word) should be played. Or they do in my mind anyway.

However, my mind is at odds with itself. If I am honest, I also know Luton Town Football Club is not that great. While they are in the Championship tier, which is the second of the four levels of the English Football League, the team probably should play in the third tier, called League One. As bad as that assessment sounds for the team, Luton Town Football Club is doing well compared to their history. Not so long ago, my team dropped out of the professional tiers altogether and played semi-professional teams. The Semi-professional league means that somebody, who was a postman in the morning, turns up to play football in the afternoon. 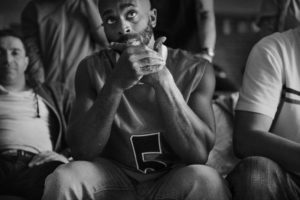 Many sports fans are familiar with this dichotomy. Your love for the team makes them the best, and your “hope springs eternal” that this year will be their year. However, at the same time, you know deep down that it probably isn’t.

These contradictory beliefs cause discomfort for us. The two simultaneously-held and conflicting views create tension for us. If we could admit that one of our ideas is wrong, it would relieve that tension. Nonetheless, we still hold onto the contradictions despite feeling uncomfortable about it.

One time, a gentleman who worked at an oil company picked me up for a speaking engagement in Austin, Texas. Our conversation from the airport led to him telling me how environmentally-friendly he was. However, we had this conversation in the most massive pickup truck I have ever seen that he owns, not to mention that he works for an oil company.

It’s a funny story, and we can all laugh at his lack of self-awareness in this instance, but he isn’t alone. We all create Cognitive Dissonance. Conflicts abound all the time in all of us.

We have several common ways we resolve these conflicts and relieve that tension. One way we reduce the conflict is to align our behavior with our beliefs. Another way is to do the opposite, meaning we update our ideas to be consistent with what we see out in the world.

However, this type of resolution is less common than it probably should be. Moreover, resolving your conflict by changing either your thoughts or actions is a bit dull to study. Psychologists have instead focused on the dysfunctional ways that we address this conflict. The third way people resolve Cognitive Dissonance is to change their perception of the beliefs, which means rationalizing your actions.

These contradictory beliefs cause discomfort for us. The two simultaneously-held and conflicting views create tension for us. If we could admit that one of our ideas is wrong, it would relieve that tension.

Here’s who The Seekers were and what happened. The cult’s leader, Mrs. Keech, thought she was receiving messages from aliens. The messages told her that the aliens were coming to take them, the “true believers,” away in their spaceship on a specific date. Many of the cult members were all in, leaving their spouses, selling all their possessions, and eventually turning up in a field in rural Illinois to wait for the Rapture. They waited and waited, but the aliens never showed. 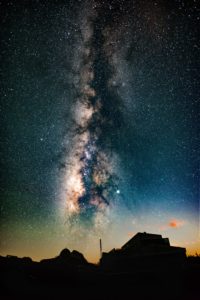 You can imagine that giving up your earthly existence for a ride on a spaceship you are sure is coming to get you and realizing that it didn’t create significant Cognitive Dissonance. As a result, Festinger and his team could observe what happened with the cult members next.

There were different reactions to the situation. Some cult members resolved the dissonance by stopping their beliefs. They admitted they were wrong, left the cult, and attempted to restart their lives. However, other cult members resolved the dissonance by committing to it more intensely and changing their perception of their beliefs. These reinvigorated cult members started proselytizing, trying to attract new members. Perhaps the argument was that if this group could believe hard enough, it would make it so.

I have been guilty of similar thinking—but not about spaceships coming to whisk me away to outer space. Some of you might remember that I love Apple products. But before it was all about Apple for me, it was all about Sony. There was a design that Sony used that held my fascination. I bought everything Sony made, computers, Walkman, TVs, and so on. However, I noticed that as my relationship went on with them, Sony could use some improvements in their usability. As the usability interface worsened, I started to make excuses for them as a loyal customer. Over time, however, I admitted that Sony was not that good anymore, and I moved on to greener pastures.

When we talk about Cognitive Dissonance objectively, it indicates a stickiness where we want to hold onto our beliefs. So, we will minimize by explaining away bad experiences if we’re loyal to the brand. By contrast, if we were all robots, our first disappointing experience with a brand that we were faithful to should then reduce our evaluation of the brand. A linear map could show where every good experience increased our evaluation and where negative experiences decreased it. However, we are not robots, and our maps look different.

Another form of dissonance reduction takes place where we change the story. Then, once we flip our beliefs, we can then adjust our memories of our own opinions. We do it to get things to line up in our heads. For example, I could revise my account of my erstwhile relationship with Sony by changing my belief that Sony was a good brand and replacing it with the idea that it was not as good as I thought it was. Moreover, I could further amend that recollection to state that I was never overly enthusiastic about Sony in the first place. 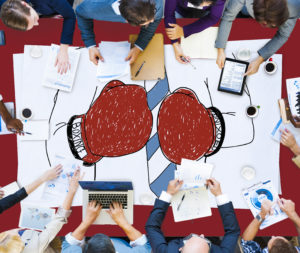 Cognitive Dissonance also happens internally at an organization. Marketing makes a brand promise in advertising, but then the organization doesn’t follow through with it in reality. It creates a conflict for customers, which is terrible for your customer-facing employees on the front lines. In turn, many employees will get fed up with the contradictions and leave in search of greener pastures. Therefore, resolving Cognitive Dissonance is imperative for those in leadership roles at an organization.

So, what should you do about Cognitive Dissonance?

As far as practical applications, I have a few suggestions: 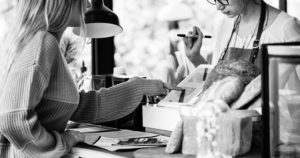 Cognitive Dissonance is everywhere. Many of the psychological concepts we regularly discuss in this newsletter are a form of it somehow or another. It is helpful to think of it as a broad umbrella theory with many more specific phenomena under it. Moreover, it’s everywhere because we all participate in activities that create it, and we all take action to resolve the discomfort Cognitive Dissonance causes.

In situations with human thinking and recall, there’s also only one thing happening. There is also an element of Confirmation Bias, which, you might recall, is our tendency to turn new evidence into that which supports our previously-held beliefs. In other words, I have this view; therefore, I’m going to look out for the things that confirm it. Furthermore, our Intuitive System, which is the type of thinking we use that is fast and automatic, is looking for patterns. So, it notices one part of the experience was terrible, and so was this other part, and then that other thing was bad, too, so maybe that means the provider is not as good as they used to be.

So, remember, as you’re trying to use this concept and apply it, the desire to reduce Cognitive Dissonance is universal. Moreover, there are many different ways to do it. However, it is essential to reduce the occurrences of it where you can. While there will be a hardcore group of hyper-enthusiastic people who will never change their behavior, most people will resolve the dissonance they feel in your experience. It will often be by abandoning the brand or, in some cases, even turning against the brand to go to your competition.