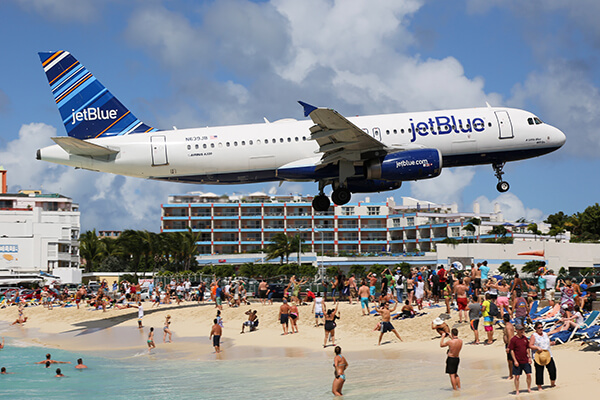 There are plenty of ways to look at the sometimes competing interests of the desire for maximum return on investment and the desire to use a superior customer experience as a point of differentiation for competitive business advantage.

The recent announcement by US Airline JetBlue that they will start charging for checked baggage and reduce the legroom on some flights (to add more seats) illustrates the contrast in how different stakeholders view profits vs. the customer experience, and highlights an important behavioral economic principle.

For JetBlue investors, having the airline collect baggage fees and getting more airfare revenue from packing customers in more tightly seems reasonable and appealing because it’s relatively easy to quantify the financial gains (and harder to quantify the brand erosion).

In this particular case, one Wall Street analyst predicted that charging for bags at JetBlue would return 26 cents a share on an annualized basis, charging for WiFi which is now free, would yield 9 cents a share, and squeezing more customers into the same space would generate an additional 18 cents per share.

She went on to state that while these moves might hurt JetBlue in the media, the benefit to the company “would probably trump any customer push back.”  Sure that’s true if you’re only measuring results in dollars and cents, the way Wall Street does.

It’s interesting to think about how many people hold JetBlue stock versus the millions that experience the product every year.

It’s all about the lens that you’re looking through.  A shareholder will have one perspective and a passenger will have another.

How much goodwill would that foregone revenue have brought?  It’s hard to say.  For the airlines, goodwill comes in the form of share preference.   That is when they pick your airline over another when the price and schedule from point A to B are about the same.  That’s affected by direct experience and word of mouth.

The rational dollars and cents point of view here is that providing an equally poor customer experience as your competitors won’t hurt you that much (jeesh, look at all that cash you’re leaving on the table) and that differentiating your customer experience to be more customer friendly won’t benefit you enough.

It takes a very strong and credible leader to fend off the doubters.  Jeff Bezos at Amazon has been successful so far in putting the customer experience ahead of everything else largely because it’s a different type of business with a record of growth.

In a ridiculously competitive thin margin business such as the airlines, departing JetBlue CEO Dave Barger was not as lucky.

Trust is the foundation of any relationship.  People feel when there’s a breakdown in trust, the withdrawal from the emotional bank account can call the whole account into question.

JetBlue has achieved customer acclaim by starting out (like Southwest) as the “un-airline.”   They tried to humanize the experience.  Until recently, their airplanes were one class of service only.  Their prices were low and their fare structure was simple.  Before takeoff JetBlue pilots would step out of the cockpit to make a pre-flight announcement.  It wasn’t uncommon to see the pilot and first officer cleaning the passenger seat pockets when an airplane was “turning” around at a smaller airport.  It’s hard to even imagine something like that happening at a bigger airline.

So now, while the recent announcement doesn’t make big changes to the overall experience, it does signal to customers that the company is putting the pursuit of profits over their very brand promise all along – a better customer experience (not like the other guys).

That feels like a promise broken and something lost.

As my colleague Zhecho Dobrev pointed out in his excellent post “What Does The Scottish Independence Vote Have To Do With Customer Experience?”, people react more powerfully to losses than they do to gains of comparable size.  This is based on psychological studies of human behavior.

When Netflix announced that there would be a reduction in the number of movie titles available to customers who stream movies online, there was uproar.

It didn’t matter that very few people were renting those particular movie titles.

Many years ago when Coca Cola announced New Coke, the customer reaction was so strong they had to bring back “Coke Classic.”

It didn’t matter that Coke customers preferred the taste of New Coke in blind taste tests.

In both cases, in spite of changes that made rational sense, customers felt they were losing something and their reaction was intense.

So JetBlue announced that they were going to start charging customers for their first checked bag – like all the other major US airlines do (except Southwest) and customers are upset.

It doesn’t matter that most JetBlue customers don’t check a bag or that JetBlue is creating different fares that include certain amenities like the first bag free.

It doesn’t matter that even after the changes,  JetBlue will still have the most generous legroom of it’s competitors.

It doesn’t matter that JetBlue is rolling out a bunch of other travel experience improvements.

None of this matters, it’s the perception of loss – of both tangible benefits and what they represent, a broken brand promise, that is generating a strong reaction from JetBlue customers.

A Motley Fool contributor wrote that the backlash against reducing legroom was even less sensible than the backlash over bags.  Clearly many investor types don’t fully grasp the fact that a customer experience goes well beyond the purely rational.

When faced with a seemingly either/or collision between what we sometimes call “bad profits” (revenue that comes to the detriment of the experience) and living your brand promise (delivering on the deliberate customer experience), organizations must tread with extreme caution and care.  Investors understand ROI, but that doesn’t necessarily mean they grasp consumer psychology.

The rational facts about your product or service don’t matter much.  What customers think is no match for how they feel.  Organizations that ignore this do so at their own peril.

To better understand the intersection of what customers think and how they feel, reach out to us at Beyond Philosophy for a free consultation.

Christopher FrawleyWhat JetBlue Teaches Us About Profits, Promises, and People12.01.2014