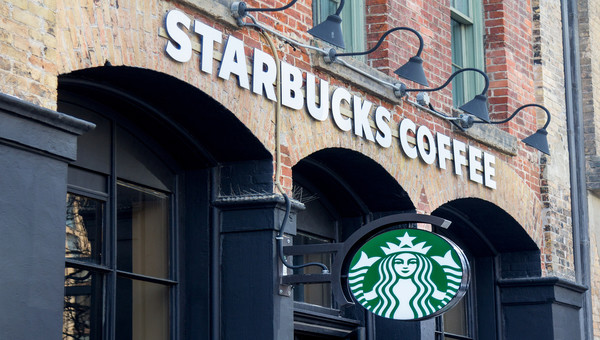 Starbucks has announced that it will close more than 8,000 company-owned stores on May 29 to present racial bias education to its employees. This dramatic move is a response to last week’s incident at a Philadelphia Starbucks, where two black men were arrested as they waited for a third man to arrive for a meeting.

The response by Starbucks CEO Kevin Johnson has been impressive. I view it as a good example of a company taking responsibility for its wrongful actions and standing behind its stated values. Values help a company connect emotionally with its customers. But when a company says it believes in one thing and then does something completely opposite, customers notice. They lose trust, and the company loses loyalty.

As you probably know, the incident unfolded when the two men sat down at Starbucks but didn’t order anything. The manager asked them to leave, but they said they were waiting for someone (who eventually did show up). The manager called the police, who handcuffed the men and took them away, though they were never charged with a crime.

Starbucks Showed It Stands By its Values

The incident sparked protests and caused CEO Johnson to fly to Philadephia and meet with the two men. He then announced the afternoon of employee bias training. Former CEO and executive chairman Howard Schultz has said he is “ashamed” of the incident and that he believes police were called because the men were African-American. Schultz says the May 29 training is just the beginning of what Starbucks will do to educate employees and change the way it does business.

I think this is an important move, and a good lesson for other companies that want to establish an emotional connection and build loyalty. A few years ago, Starbucks took a stand on racial issues, encouraging baristas to initiate conversations on race relations with customers by writing #racetogether on coffee cups. The idea flopped, but Schultz continued to try to engage public debate on race relations, as well as striving for pay equity for all employees and pledging to open stores in underserved communities. These initiatives have formed an important part of Starbucks’ branding.

At Beyond Philosophy, we always say that a good customer experience is built on the customer’s emotional and subconscious reactions. This includes the aroma of fresh coffee in the store, the smiling barista who asks how your day is going, and the belief that the company shares your values. We talked about the role these “irrational” factors play in a recent episode of our Intuitive Customer Podcast.

By reacting quickly to the Philadelphia incident, Starbucks embraced an opportunity to stand by its values, even though the afternoon store closure is likely to cost the company millions of dollars in the short term. Loyal customers will take this as a sign that Starbucks really does hold the values it claims. Over time, Starbucks’ anti-bias efforts may lead to a better customer experience for community members who have felt slighted or unwelcome in the past.

Lessons for Other Companies

Can other companies learn from this? I think so. First of all, all of us have implicit biases, and their very nature is that we are not aware of them. There are legions of stories of African-Americans being treated differently than whites at retailers. Even Oprah, who walked out of a store in 2013 after a salesperson repeatedly refused to show her a high-end handbag. Of course, bias can rear its ugly head in many forms. Age, weight, social class and sex are just some of the ways that people are discriminated against on a daily basis and most of us have suffered from it in some form during our lifetime. Employee training designed to identify and compensate for these biases is a good starting point.

In addition, clear policies applied across the board make it harder for unintended biases to creep in. For example, how long are you allowed to sit in a Starbucks without buying anything? Should you be able to stay all day, even if potential paying customers are leaving because there’s no place to sit? Should there be a one-hour limit, as I saw posted in one coffee shop recently? What about restaurants and retail stores? These aren’t easy questions, but when employees have clear guidelines, they can apply them equally to everyone rather than making judgment calls that can be affected by biases.

Are you aware of biases at the businesses you frequent? What do you think should be done about them? Share your comments in the box below.