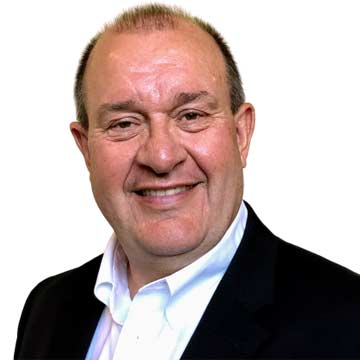 For more information on Conference Speaking

Colin’s background is in operational line management. He has held many senior exec positions in corporate life. In his last senior role, he led 3,500 people in call centers globally for British Telecom.

Under Colin’s leadership, Beyond Philosophy has helped many of the world’s most prestigious organizations improve their customer experiences, including American Express, FedEx, and Caterpillar. One client, Maersk Line, the world’s largest container shipping company, improved their Net Promoter Score®* by 40 points in 30 months using Beyond Philosophy’s methodology,  which gave a 10% rise in shipping volumes.

Colin is also an engaging, humorous and thought-provoking keynote speaker.

Colin is married to Lorraine and has three children. He now lives in Sarasota, Fl. USA. He is a keen fisherman and, as a passionate Luton Town FC supporter,  loves soccer.

Prior to launching Beyond Philosophy, Colin held a number of senior executive positions in Xerox, Mars and British Telecom (BT). He was ultimately appointed Senior Vice President of Customer Experience, where he led a team of 3,500 employees worldwide.

Colin founded Beyond Philosophy a global customer experience consultancy, training and research company in 2002, before most people had heard of Customer Experience.

Under Colin’s leadership, Beyond Philosophy has undertaken many Customer Experience initiatives with some of the world’s biggest companies, including American Express, FedEx, Maersk Line, Aflac, Aviva, T-Mobile and IBM. Beyond Philosophy helped Maersk Line, increase their Net Promoter Score® by 40 points in 30 months.
Colin now lives in Sarasota, Florida, USA and remains their CEO.

Colin is a member of the National Speakers Association, and has presented at countless keynote speeches. He has been featured as an expert on CNN, BBC TV, Sky News, BBC Radio.