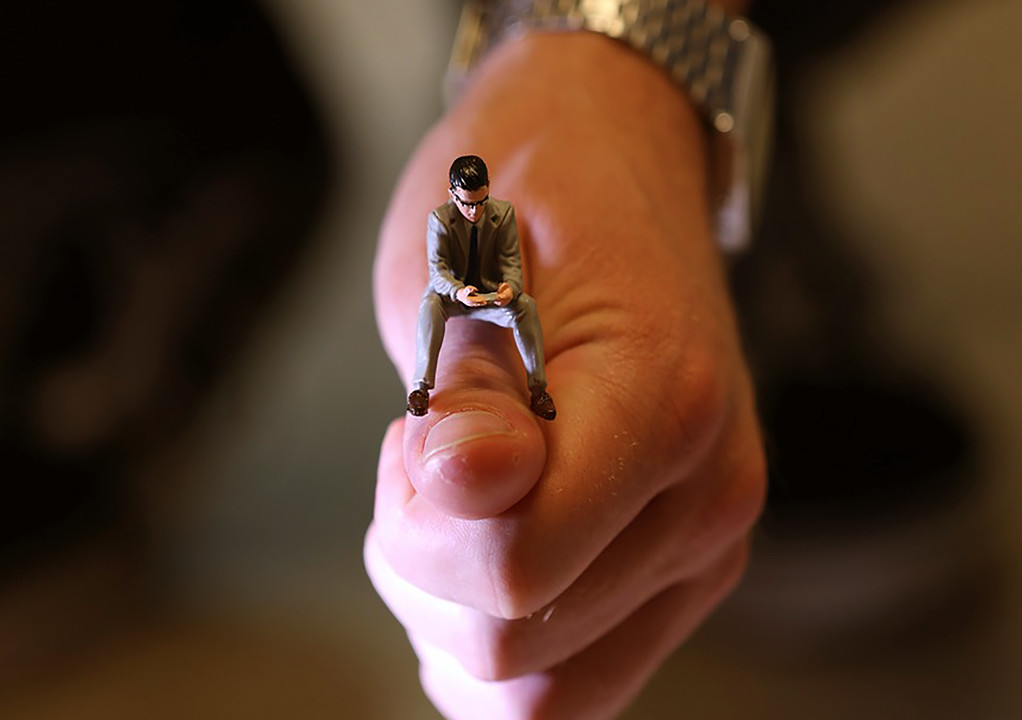 We all have a Status Quo Bias when it comes to decision making. Also called Status Quo Inertia, the Status Quo Bias is our preference to keep things the same or maintaining a previous decision. Your customers have one, too, and you can use it to get them to do what you want in your Customer Experience.

In the 80s, two professors, William Samuelson and Richard Zeckhauser wrote an article for the Journal of Risk and Uncertainty called, “Status Quo Bias in Decision Making.” They discovered that in a series of experiments that how they framed choices had a significant effect on the participants’ decisions. Subjects made hypothetical investment decisions on a questionnaire, which presented the investment options in different ways. Whenever the researchers identified an option as the status quo, that was what participants chose most often. As the professors say in their paper:

“In both parts of the experiment, status quo framing was found to have predictable and significant effects on subjects’ decision making. Individuals exhibited a significant status quo bias across a range of decisions. The degree of bias varied with the strength of the individual’s discernible preference and with the number of alternatives in the choice set. The stronger was an individuals’ preference for a selected alternative, the weaker was the bias. The more options that were included in the choice set, the stronger was the relative bias for the status quo.”(Samuelson, Zeckhauser, 1988)

This video demonstrates the principle in action:

As Dr. Marc Buehner from the Cardiff University Psychology said in the video, “The way choices are presented to people, including the options which are marked as default, can have an enormous impact on the decisions people make.”

Nobel-prize winning economist Richard Thaler and his co-author Cass Sunstein said in Nudge, many people like to go with the flow and when faced with making an active decision, particularly one upon which we must deliberate, prefer to do nothing at all. As they write:

“If for a giving choice there is a default option—an option that will obtain if the chooser does nothing–then we can expect a large number of people to end up with that option, whether or not it is good for them. And … these behavioral tendencies toward doing nothing will be reinforced if the default option comes with some implicit or explicit suggestion that it represents the normal or even the recommended course of action.” (Thaler and Sunstein, 2008, 2009)

We often care quite a bit what everyone else is doing, and if there is a default option that is ‘normal’ and if that option requires doing nothing, even opting out, then people assume that’s what they should do. This fact is the power of the default option.

Opt-In for Organ Donation by Requiring an Opt-Out

One area this principle plays out in the real world is organ donation. Much of the world has had an opt out system for organ donation and with good reason. Opt Out countries’ donation rates are usually around 90% while only 15% in Opt-In countries. Spain, Belgium, France, and 22 other European nations have Opt-Out organ donation policies, aka, ‘presumed consent.’ It means that every resident is a donor unless they specifically say they do not wish to be. Or, in other words, unless the resident opts-out as an organ donor.

The UK had an opt-in system until last year. However, people didn’t bother to register. In 2014, an essay in the Journal of the Royal Society of Medicine showed that while 62% of citizen’s in the UK said they were willing to donate organs, only 31% were on the actual registry. The British Medical Association (BMA) lobbied for an opt-out system for organ donation in the UK, and in late 2017, Prime Minister Theresa May announced that England would do it, following the lead of Wales who had implemented the system. The BMA believes an opt-out policy “will lead to a cultural change so that organ donation is seen as the norm rather than the exception.”

The Status Quo bias and power of the default option principle predict most people will remain opted into organ donation in England, assuming that it is what is normal, i.e., ‘if the default option is to donate organs, then, sure, I’ll do that, too.’ At least that’s what the British Medical Association hopes. For my part, I will throw in with the lot that will let the default option carry the day.

Be Self-Serving by Default

One could argue that the default option endorsed by the BMA and enforced by the British government is self-serving, meaning it benefits what they want, i.e., more organs for the people who need them, more than it helps the individual, who, presumably, would like to control what happens to their organs. However, it is quite literally a matter of life and death. Prime Minister Theresa May noted in her speech that 500 people died in England last yearas a result of a shortage of suitable donated organs. So, the government chose to be self-serving to the benefit of hundreds, if not thousands, of its citizens.

For most of you, your customer process is not a matter of life or death, and doesn’t involve harvesting organs from the dead (and thank goodness for that!). You can set up the default choice for your experience to fall in your favor, making it easy for customer to make the decision you want. After all, we can’t always assume that our customers will make rational decisions. Overwhelming evidence proves that, in fact, customers are irrational! We discuss this further in one of our weekly podcasts ‘Why are customers irrational?’.

Let’s say you want your customers to get away from paper statements, which is far less personal and controversial than taking a kidney. Most people below a certain age do not have strong feelings about having a paper statement. (Above a certain age is a different kettle of fish, but I digress). However, if they have to do anything to switch to paper statements, i.e., go online and change preferences, which let’s say involves signing in and navigating to the preferences menu and selecting the e-statement option, some will and some won’t as they prefer to do nothing and carry on getting the paper statement they don’t need or want.

However, if you were to make paperless statements the default option, meaning to get a paper statement you had to opt-out of the e-statement option, then most people would go with it. You would get all but those mature customers and a few neurotics in tin-foil hats, saving you time and money and giving the customers what they want. After all, as the research tells us, the majority of people will think, it’s already done and seems to be what everyone else is doing.

This self-serving default option also works for renewals. If the default option is to renew after a specified term automatically, then many people will become automatic renewal customers. Just ask any magazine publisher, gym owner or Amazon Prime product manager. To make renewal even easier, as well as flag it as the normal option, check the renewal box for the customer. The check in the box sends the message that automatic renewal is the best option and most people choose it.

Now, paper statements and automatic renewals are different types of self-serving defaults. Most people do not have a problem with automatically assuming that people don’t want to waste the earth’s resources with a paper statement that no one needs or reads. But renewing a product automatically without checking with the customer is a horse of different color, isn’t it? You could argue that it puts the needs of the organization above the customers.

Of course, not all organizations are customer-centric and yes, some take the self-serving default too far and it hurts their experience. I would counter with this: if you make it easy to opt-out, then you are still serving the customers. Easy in this case would be to uncheck the box that automatically renews. Another way to serve the customers and make it easy for them is to send a reminder, maybe even two, before the automatic renewal occurs, and include how to opt-out of the automatic renewal in the message. This way, if a customer has strong feelings about renewals, then they are still in control and won’t feel swindled, an emotion that does no Customer Experience any favors.

One area where I opt-out of the non-customer-centric, self-serving default on a regular basis is on the marketing email box when I sign up for a service, especially when it says it will sell my information to third-parties. I don’t fancy my email becoming a pitch floor for all sorts of rubbish in which I have no interest, so I uncheck the box. Other people might not have as strong feelings about the sanctity of their inbox, so they will leave it checked. It’s all a matter of preference, after all.

All of us are subject to the Status Quo Bias, and probably even more so as customers. We all like the path of least resistance on matters for which we have no strong feelings. We also, for the most part, want to do what is normal, with the exception of a few notable outliers. 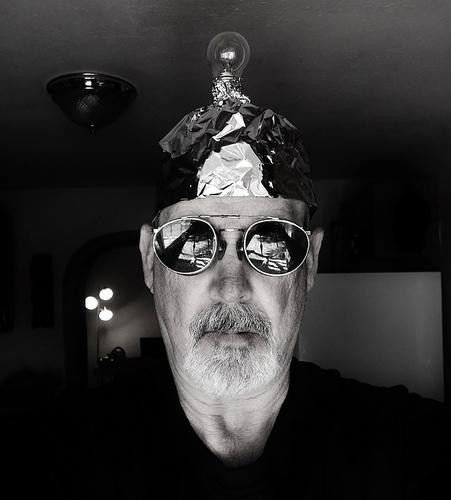 Using our natural preferences to go with the flow and be normal can be useful in choosing a default option. It is true that when it comes to self-serving default options you are walking a line between self-serving and customer-centric and simply self-serving. Handle it wrong and your default can end up doing more harm than good. However, if you keep the helping the customer at the center of your experience design with a thoughtful opt-out option, you are likely to get them to opt-in for more.

Colin Shaw is the founder and CEO of Beyond Philosophy, one of the world’s leading Customer experience consultancy & training organizations. Colin is an international author of six bestselling books, an engaging keynote speaker, and co-host of The Intuitive Customer Podcast.