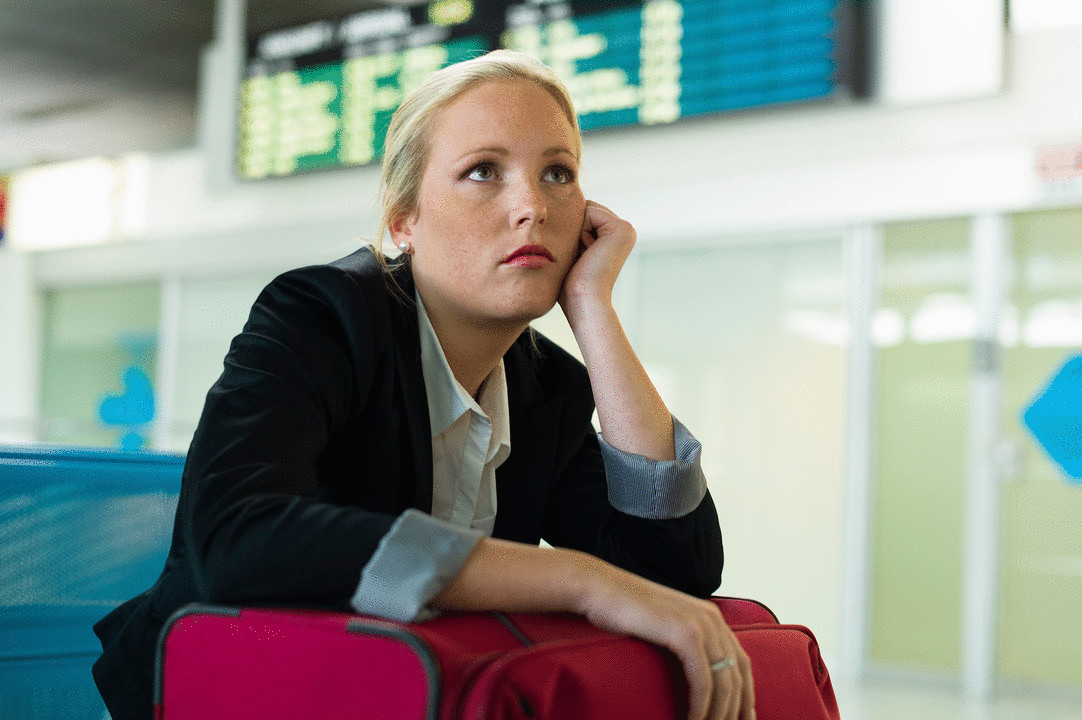 Have you been on a flight recently and found that you arrived at your destination a little early? I have, but I never thought much about it until I heard this NPR report.

A Tufts University researcher named Silke Forbes thought it odd that she arrived 30 minutes early on a flight from Cleveland to Washington. She had taken the same flight a few years before, but it had taken less time back then. How could she be early for a flight that was taking longer? What was really going on here?

Forbes and her colleagues studied Department of Transportation records for 160 million commercial airline flights between 1990 and 2016. They looked at the flying times for comparable flights between the same cities on the same airlines and at the same time of year.

It turns out that airlines today are arriving ahead of schedule much more frequently than they did in the 1990s. But flights are also taking longer because of airport congestion or other issues.

The Tufts researchers think the airlines are cushioning their schedules with extra time to prevent customers from becoming frustrated with flight delays. Instead of saying a flight will take two hours, they say it will take two and a half. Then, when it really takes two hours and 15 minutes, the airline can report that you’ve arrived early.

In operating our company, Beyond Philosophy, I always go by the old business axiom: “Under-promise and over-deliver.” This means promising something you know you can achieve, and then going above and beyond in your performance. When you do this, customers are thrilled because you set their expectations low and then then got something more, better or earlier than anticipated. Unfortunately, I see many people and businesses doing the opposite – over-promising and under-delivering – and this has the opposite effect.

For example, if the airline tells me I’ll arrive at 2 p.m., that’s what I expect, and I plan my day accordingly. If I don’t land until 2:30, I’ll feel stressed about getting to my 3:30 p.m. meeting, and irritated with the airline in general. But suppose the airline told me my flight would arrive at 2:45? My expectation is different, and I won’t plan any meetings until 4. When I arrive at 2:30, I’m happy and the airline is wonderful. Now I have time to grab a late lunch!

In either situation, I arrive at 2:30. But my impression of the experience – and the airline – is vastly different because of my expectations. The feelings we develop about an experience are critical because they form a reference point that we will use as part of our decision making process in the future. Reference points help determine which airline we will use or whether we will fly at all. We talked about this in depth in a recent episode of our Intuitive Customer Podcast.

Expectations are Important in Business Too

This works in business too. Let’s say you’re preparing a proposal for a client and you expect to have it done on Monday. But you don’t tell the client this – you give yourself a little leeway and tell the client you’ll have it on Wednesday. When you do, in fact, send the proposal over on Monday, your client is delighted with your speed and efficiency.

Now let’s look at the scenario where the client asks if you can deliver the report on Wednesday, and you say yes even though you aren’t sure that’s realistic. If you don’t send the report until Friday, the client is annoyed, thinks you are unreliable, and as a result doesn’t want to work with you anymore.

Managing customer expectations is critical for success in business. The same goes for setting expectations appropriately with employees. We have discussed this in relation to how Virgin and Southwest practice Airline Employees Ambassadorship. People feel more comfortable and willing to work harder if expectations are realistic and achievable. However, many people and companies don’t do it well, and this means you can give yourself a competitive edge by paying attention to the effect of the expectations you set.

Do expectations change the way you feel about an experience? Share your thoughts in the comments section below.

How We Make Decisions – Prospect Theory

Be Honest: Are You Communicating Effectively?