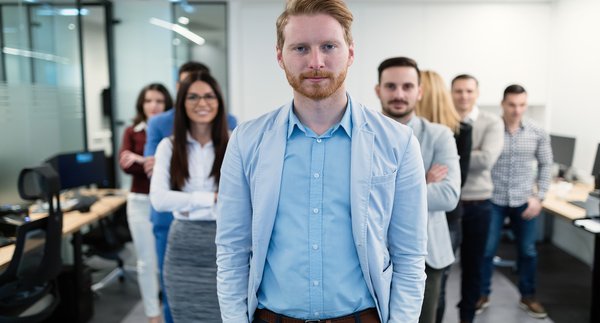 Popular belief has long held that oldest children are responsible, high achievers. And recent social science research indicates that this trait extends to their careers.

As explained in this National Public Radio report, firstborn children have the benefit of their parents’ undivided attention early in life, and that advantage can influence their development. Researchers Claudia Custodio in London and Stephan Siegal at the University in Washington in Seattle specifically studied whether this advantage also made oldest children more likely to become CEO of a small or mid-sized company.

What they found was that oldest children, and especially oldest sons, do become CEOs more often than their younger siblings. This is especially true of family owned businesses, where it is often traditional to hand the reins over to an oldest child.

Part of the reason this is interesting to me is that I am the younger of two sons. My older brother excelled in school, but he did not become a CEO. I, on the other hand, was a complete goof, did miserably in school….and I am now CEO of a customer experience consultancy, Beyond Philosophy.

But the research has an explanation for this. The researchers found that birth order didn’t seem to have any effect at companies where the CEO was also the company’s founder. They believe that later-born children might actually be more willing to take the risks involved in starting a business.

This makes sense to me. Unlike my responsible older brother, I was such a disaster in school that I really didn’t have anything to lose by taking risks in the work world. Furthermore, because I had experienced failure in school and succeeded professionally in spite of it, I wasn’t afraid of failing (well, not very afraid, anyway) when I started Beyond Philosophy.

Past Experiences Influence Your Customers Too

As a customer experience consultant, the birth order research interests me for another reason as well. It shows how our experiences in one area of life (our childhood) can influence our behavior years later, in a completely different context. For me, my only achievement in school was being the class clown. Years later, when confronted with a roomful of stone-faced executives in my first big corporate meeting, I instinctively did what worked for me in the past – I cracked a joke. It broke the ice, and I went on to have a successful career at that company.

Experiences and memories have a powerful influence on your customers too. In fact, more than half of customer behavior can’t be explained as a rational decision. Customers, like human beings in general, are irrational. They are much more influenced by sub-conscious factors, emotions, and past experiences than most companies would like to believe.

We’ll be talking about this sort of thinking every week in our new The Intuitive Customer podcast, using real-world examples and a sense of humor to link customer behavior to the science of behavioral economics. If you haven’t had a chance to listen in yet, here are two of the ways a company can use customer memories and experiences to drive both loyalty and value.

First, most people have positive associations with certain sounds, sights and smells. The aroma of fresh baked goods evokes thoughts of tasty treats, cookies baked at home, and family celebrations. Cinnabon is an example of a company that capitalizes on this, deliberately ramping up the smell of its gooey buns to lure people to its shopping mall stores.

Second, customers will come back based on their memories of the experience you provided them. When you make things easy for customers, treat them well, and pleasantly surprise them, they remember. These memories sit in their subconscious and are one of the biggest drivers of future customer loyalty.

Do you think birth order matters? Share your thoughts in the comments box below.