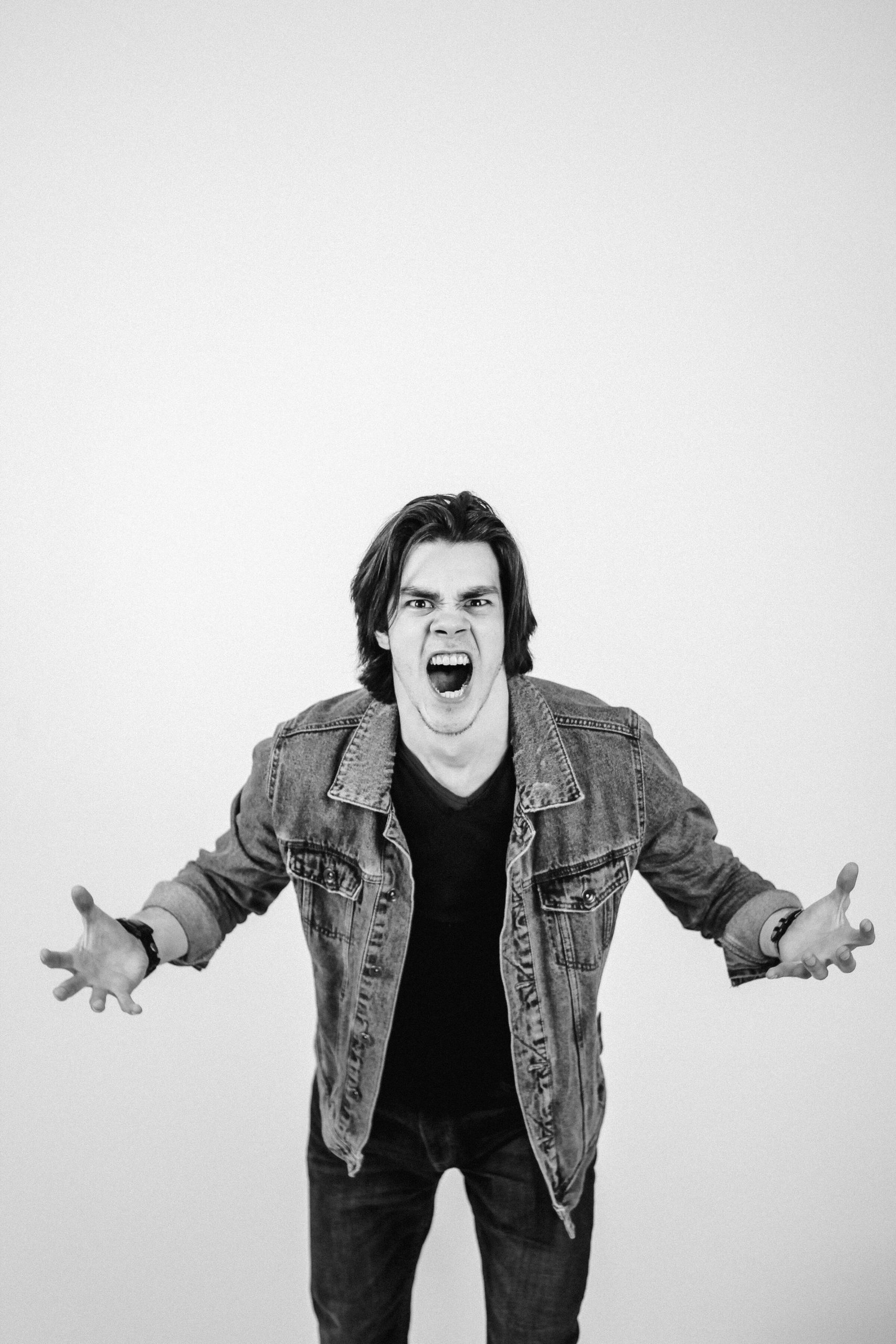 I posted on LinkedIn recently that the world is going mad (or crazy, depending on which side of the pond you read this). I did it to see if I was becoming a grumpy old man or if others had noticed this too. It turns out I am not alone in my assessment. Many of my followers weighed in with their own experiences that tell a truth that is hard to swallow, the world has changed for good, but it’s not good for customers.

I felt worked up about a few things around this time. First, I had flown for a quick trip to New Jersey, landing at JFK in New York, which is anything but quick at seven hours flying time. Then, we sat for an extra 45 minutes on the tarmac while the airport found us a gate. Sure, it happens, I thought. Then, on my return flight, we learned after taxiing through Heathrow that we were delayed because “the gate was not calibrated for the plane.” That was a problem I had never heard of, and that is saying something because I fly a lot. Then, to add insult to injury, we had a lot of projects at the house that had gone haywire because of delayed timelines for radiator deliveries and a decorator’s inconsistent approach to project management.

So, to answer my question, I was a grumpy old man. However, was I justified? Is it me alone?

It turns out it wasn’t.

Mandy Morgan wrote in with a litany of comments that support how I feel. She thinks customer service is out the window and that getting a good experience is a pleasant change from the usual. Also, great people out there who are still trying to deliver good experiences are exhausted.

Mandy is right. Customer service is not going well these days, and many problems are out there. People are exhausted.

Mandy also wrote that nobody wants to work anymore, and everyone wants more money. However, that’s always been true. It’s human nature that people want more money for less work. So, we must try something else.

Some other readers had good advice. For example, Justin C. Reviczky wrote as a leader, learning from the team what makes them tick at an individual level. Then, he encourages them to see the bigger picture for the group dynamic. Using this approach, he says at the end of the day, each team member should be proud to embrace the culture, vision, and goals and work towards achieving them. Why? Because they’re pleased and thankful to be part of something that not only sounds good but that benefits them and their families over the long run.

In England, hiring managers are having a hard time getting people to show up for interviews, let alone jobs. This situation could be a money thing; however, I think there is something more. After the pandemic, people realized what they wanted out of a job, and many times, it wasn’t these customer-facing positions. Moreover, people don’t feel like they are part of the organization. However, if you can create a culture that makes them feel like they are part of the organization and that the company has a vision and a path for them, it can help them overcome these feelings that the job isn’t worth it.

Neal Woodson had a similar experience to mine at Heathrow, which was a madhouse. He describes a scenario where people hardly knew what they were doing, patience was in short supply, and tempers were flaring. He said he thought the combination of high customer expectations, lack of customer awareness, insufficient staffing, and absence of empathy led to a perfect storm for poor experiences.

It’s not just airports that seem understaffed. The postal service isn’t breaking customer experience records right now either. Michael G. Bartlett wrote to me about a recent experience dealing with the United States Postal Service. When rescheduling a package that failed to deliver, a typo in the postal code ended up with him unable to use self-service, then spending half an hour trying to reach a human employee to remedy it.

Big-name brands are blowing it, too. Recently, life-long customer Doug Rabold could not renew annual passes at Florida’s Disneyworld Park, after getting the runaround on the phone and at the park in Guest Services. The reason he was given? The system is not updating Annual Passes right now. As he writes, the lessons learned is that Disney tells customers “no,” now, a policy is more important than serving loyal customers, and $1200 in recurring annual revenue is not a compelling motivator for them.

Rabold’s story reminded me of a funny sketch by Little Britain, “Computer says no,” although it has a bit of fruity (aka: bad) language at the end:

Another reader, Robin Domek, cites that the problem with employees is a lack of empathy and compassion for overworked, overwhelmed workers from business leadership. Moreover, the job is more complicated; many customers are impatient and angry, and these front-line employees have to deal with them all day. In this environment, it is impossible to recruit customer-facing workers. Then, you try for warm bodies, which gets people in the jobs, but now they aren’t the correct type of people for that position. As you know, having the wrong people working with customers doesn’t do your experience any favors.

Esther Quinlan discussed the shortage of pilots. The deficit happened because people were not flying as much during the pandemic, so the airlines laid off the pilots. Now, travel is back on, so airlines need pilots. But some retired, others got into other businesses, and there aren’t any pilots. So now, airlines have staffing shortages and cancellations. Short-term, the pilot layoffs made sense since no one was flying during the pandemic, but long-term, not so much.

Similar things have happened at restaurants. However, the restaurants re-opened without sufficient staff. Whether understaffed or undertrained, diners like Kaylor Hildenbrand were told at a recent experience that they couldn’t order a meal just then as the kitchen was shutting down for a while to get the orders they already had out. But wouldn’t she like another drink while she waited?

However, some of these things were broken before COVID. For example, many of the problems in the UK have to do with Brexit. People left the UK after Brexit, which caused a shortage of people in the labor pool. Also, trade is down with Europe, which doesn’t help with inventory and related issues. As Laura Spoelstra, who is from the Netherlands, points out that many things broken in experiences British people have learned to accept, from potholes in the roads to trains and appointments that are “on time” even when they are five to ten minutes late, to A & Es (Emergency rooms in the UK) that don’t accept emergencies. So, maybe the world has been going crazy for some time now.

It’s not all bad out there. Patty Soltis had problems with her seating assignment on a recent flight with Delta Airlines, which couldn’t be resolved at the time. However, the empathy and extra effort she witnessed from the humans in trying to fix the digital system issue made up for the inconvenience it caused. So, all is not lost.

So, What Should You DO about This?

One of my readers, Jose V., wrote: Business failures mean business opportunity. We live in a special time. Beating broken businesses is easier than ever. With this idea tucked up front in our minds, let’s consider what this means for you in today’s business:

Accept that the world has changed. From both a customer and employee experience perspective, nothing is the same. It can be challenging to accept and deal with, but it is a fact. How things used to be and how life used to operate are different now, and the sooner we accept it, the faster we can move toward success.

Be honest with customers and employees. In the flight example, it was clear that overbooking is currently rampant, as are last-minute cancellations. Both actions create problems for your experience, for which your front-line employees shoulder the burden. Stop making these problems for yourself, and when you discover a problem, communicate openly about it with everyone—and give everyone as much notice as possible.

Define what drives value. We helped the world’s largest shipping organization, Maersk Line improve their customer experience to the point that their Net Promoter Score® improved 40 points over 30 months, leading to a 10 percent rise in shipping volumes. So, what was the secret? There were many, but the best way to summarize it is to say that they determined what drove value for their customers, and—this is the critical part—Maersk gave it to them. This strategy has proven successful time and again for many different organizations, and even ones like yours.

The world is changing. It doesn’t do us any good to complain about how things used to be and wish they were better. We need to make changes. We need to adjust. If business failure makes business opportunities, which side of that saying do you want to be: the failure or the opportunist?

We hadn’t been through something like this before. So, these supply chain issues that delayed my radiators, the information chain issues that don’t have the gate ready at the airport for an arriving flight, and the recruitment issues experienced by many customer-facing departments are the result. We haven’t had these problems; labor inventory and supply chains have been predictable for a long time, making the “just-in-time” way of doing business popular for some time now. However, things have changed, and it is probably time to figure out the new standard moving forward with new ideas.

Think reading is for chumps? Try my podcast, The Intuitive Customer instead. We explore the many reasons why customers do what they do—and what you should do about it. Check out our latest episode on iTunes here. Subscribe today right here.