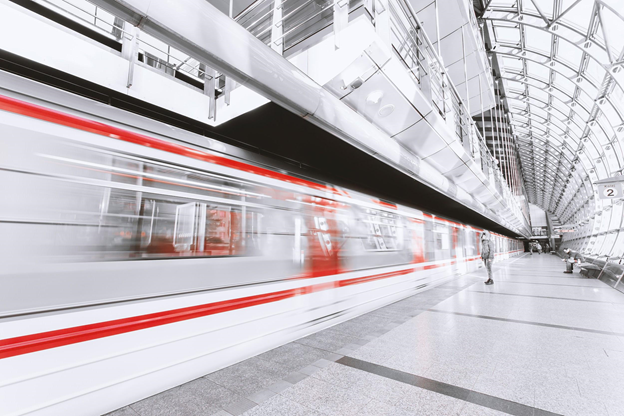 Water and train companies in the U.K. have come under fire recently over their lousy customer service. What do these two seemingly-unrelated industries have in common? Both are monopolies, and a monopoly is almost always bad news for the customer.

Water service to homes in the U.K. is provided by regional companies that each hold a monopoly on their own territory. Consumers have no choice in the matter. Local water companies made the news recently when a watchdog group reported that complaints to water suppliers in England and Wales surged after a March storm left 200,000 customers without water. The group, the Consumer Council for Water, has asked three water companies to provide it with quarterly reports on how it will reduce complaints in the future.

The Institute of Customer Service also recently released its annual UK Customer Satisfaction Index, and not surprisingly, water utilities earned low scores. This is despite the fact that water utilities have been installing “smart meters” that theoretically should make it easier for utilities and customers to interact. The UK’s water utility regulator, Ofwat, is now actively monitoring the satisfaction levels of water utility customers. This has led the Labour party in the UK to say they will renationalize the water companies. I have to say, this doesn’t help matters as it just creates a bigger monopoly, but I can understand people’s frustrations over the current situation. The water companies haven’t helped themselves.

Train companies, meanwhile, botched a major timetable update in May, leading to hundreds of daily train cancellations with little support for travelers. Earlier this year, the Office of Rail and Road released a report concluding that there was a lack of responsibility and passengers were “badly treated.” The government is now pledging to undertake a review of British railways.

Both the water companies and the railroads have exhibited a stunning unwillingness to take responsibility for what has happened or show concern for people who were left without running water or stranded in train stations. You get the sense that the industries are only promising to do better because they are being called out on their bad behavior.

Water companies are a good example of this. Because customers are not allowed to shop around and choose the water supplier they like best, the water companies aren’t customer-centric at all. It’s not just that they treat customers horribly after a storm. They also do nothing to help customers interact with them or even understand their bill and their water usage. Often, people learn about a leak only when they receive an exorbitant bill.

The same goes for the railroads, which inexcusably failed to consider that a botched timetable revision would negatively impact the everyday lives of tens of thousands of people. Instead of heartfelt apologies, the people in charge are pointing fingers and trying to avoid blame.

The same applies to many cable companies. All too often they are the only game in town, or there is only one other supplier. Little wonder that people are now flocking to Netflix and other services.

Unfortunately, monitoring by regulators and watchdog groups isn’t likely to change the way utilities, railroads and telecoms do business. Many pay lip service to improving customer relations. They might even start a new customer satisfaction program or customer interface. But a new initiative is only as good as the people behind it. Without a strong commitment by the people at the top, customers are unlikely to notice any meaningful change. We now need these people to stop saying they will put Customers first and actually do it.

In my experience, the best way to build long-term value is by developing a corporate culture that centers on the customer.

I don’t have high hopes for improvements in the rail and utility industries. On the flip side of this, it does create a great opportunity if a company ever does put the customer first. If only one of these companies would see that.

Have you had problems with your water utility – or were you affected by the train fiasco? Let us know in the comments box below.

Find out more about the effects of a poor customer experience and how to overcome them on our weekly Intuitive Customer podcast . You might also like these:

Too Big to Care? Why Mega-Mergers Threaten Us