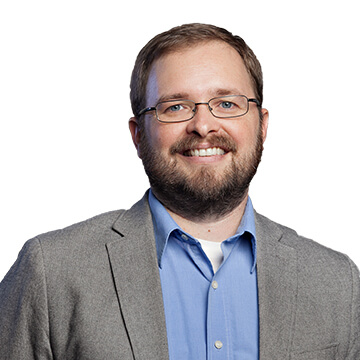 Ryan Hamilton is Professor of Marketing at Emory University’s Goizueta Business School in Atlanta, Georgia. He is the co-host of ‘The Intuitive Customer’ podcast and an award-winning teacher and researcher in the field of consumer psychology. Since arriving at Emory, he has received multiple Teaching Excellence awards and in 2011 was named one of “The World’s Best 40 B-School Profs Under the Age of 40” by Poets & Quants, an online magazine that covers the world of MBA education.

His research investigates shopper decision-making: how brands, prices and choice architecture influence decision making at the point of purchase. His findings have been published in some of the most prestigious peer-reviewed journals in marketing and management, including Journal of Consumer Research, Journal of Marketing Research, Journal of Marketing, Management Science, and Organizational Behavior and Human Decision Processes. His research findings have also found an audience in the popular press, having been covered in The New York Times, The Wall Street Journal, Time, USA Today, The Financial Times and CNN Headline News.

His research and teaching are focused on identifying some of the surprising ways firms can use psychology to better understand and serve their customers. For example, some of his research has emphasized the importance of the moment-to-moment variance in a consumer’s need for self-expression as a driver of brand value. He and his collaborators have shown that allowing consumers to express themselves in some way (e.g., designing a t-shirt for themselves) can dramatically decrease the amount they are willing to pay for branded items relative to consumers who did not perform a self-expressive task (e.g., designing a t-shirt for a parent).

Another stream of research has investigated how consumers form a high-level price image of a retailer or a brand. Intuitively, one might think that the price image of a store, for example, would simply be an average of the prices at that store, such that consumers will tend to form a lower price image of stores that have lower prices, on average. Research conducted by Professor Hamilton and his colleagues suggest the process is more complex. Not only are global impressions like price images frequently inaccurate with regard to actual prices, there are even situations in which adding low priced options can backfire and actually raise a store’s price image and vice versa—there are instances in which adding high priced options to a store’s shelves can lower its overall price image.

Professor Hamilton received his PhD in Marketing from Northwestern University’s Kellogg School of Management and a BS in Applied Physics from Brigham Young University. He is the proud father of five young children, which means that he spends much of his time exhausted and slightly rumpled. It also means he has some cover for his unabashed enthusiasm for Legos and Spongebob Squarepants. When he was younger and more willing to stay out late on weeknights, he dabbled in stand-up comedy. He has never run a marathon and has no intention of ever doing so.