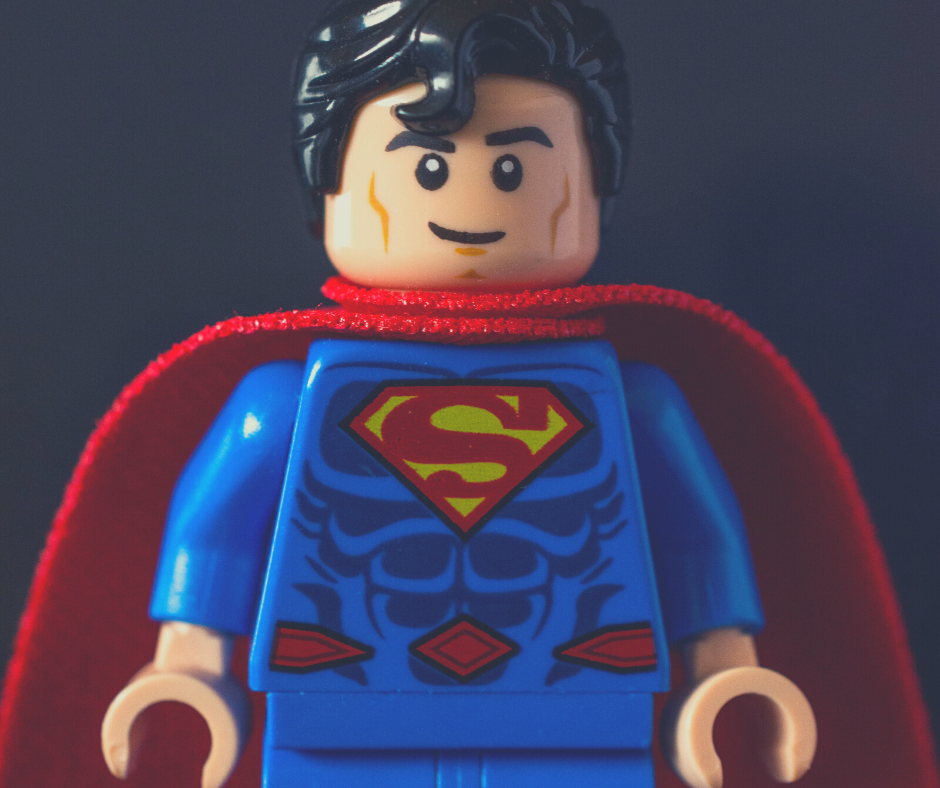 Change is hard. So, when you have to make changes in your organization, you face many challenges. However, we have a secret superpower you can unlock to help you: Influence.

On a recent podcast, we hosted writer, teacher, researcher, and Climate philanthropist Zoe Chance, Ph.D., author of Influence is your Superpower: The Science of Winning Hearts, Sparking Change, and Making Good Things Happen. Chance is an assistant professor of marketing at the Yale School of Management, where she teaches the most popular course, “Mastering Influence and Persuasion.” Her research on influence has been published in top academic journals and often garners the attention of global media outlets. Her website, zoechance.com, also has numerous content resources regarding using interpersonal influence for a positive impact. In addition, half of the profits from her book go to 350.org, a global network of climate activists seeking change through the power of ordinary people.

And, if that wasn’t enough, she also narrated the audio version of her book.

Chance tackled a subject that content creators and authors had covered well over the years because the methods they touted felt transactional. People on the other side of the tactics felt, well, used, as if they were a means to an end rather than part of meaningful interaction. Chance didn’t like making people feel like that, nor did she appreciate when she was on the other side of these transactional relationships. In promoting her book, interviewers will say things like, “I’d like to pick your brain,” or “we’d like to get as much content from you as possible,” which she doesn’t appreciate.

She thinks we as humans are aware of and do not appreciate feeling or being manipulated. Instead, we would feel recognized as human beings and treated like individuals with agency and freedom of choice. In some ways, she calls it the opposite of Donald Trump’s book, The Art of the Deal. Chance’s style of influence is for people who want to do good things in the world and collaborate with others rather than trying to get something out of them.

The psychology of influence is the same, whether you are convincing your friend to choose the restaurant you want for dinner or if you are trying to solve the climate crisis. Chance’s brand of influence is about getting people to want to say yes, and not regret it afterward. Chance believes that if you can get other people excited about your ideas rather than manipulating them into saying yes means they will be more on board with the plan.

Chance’s strategy is intriguing to me. As you know, on another podcast, we hosted the president of the American Customer Satisfaction Index (ACSI), where he shared that between 2010 and 2019, only one-third of organizations improved their Customer Experience. Moreover, those numbers might have devolved since the pandemic, especially since we know that the ACSI has been at its lowest point for 17 years. So, like many of you reading this, I wonder how to influence people that committing resources to improve Customer Experience is a worthy enterprise and results in improvements to the bottom line.

Chance has two ideas related to this concept. First, Chance says that you cannot improve the Customer Experience without improving the Employee Experience. 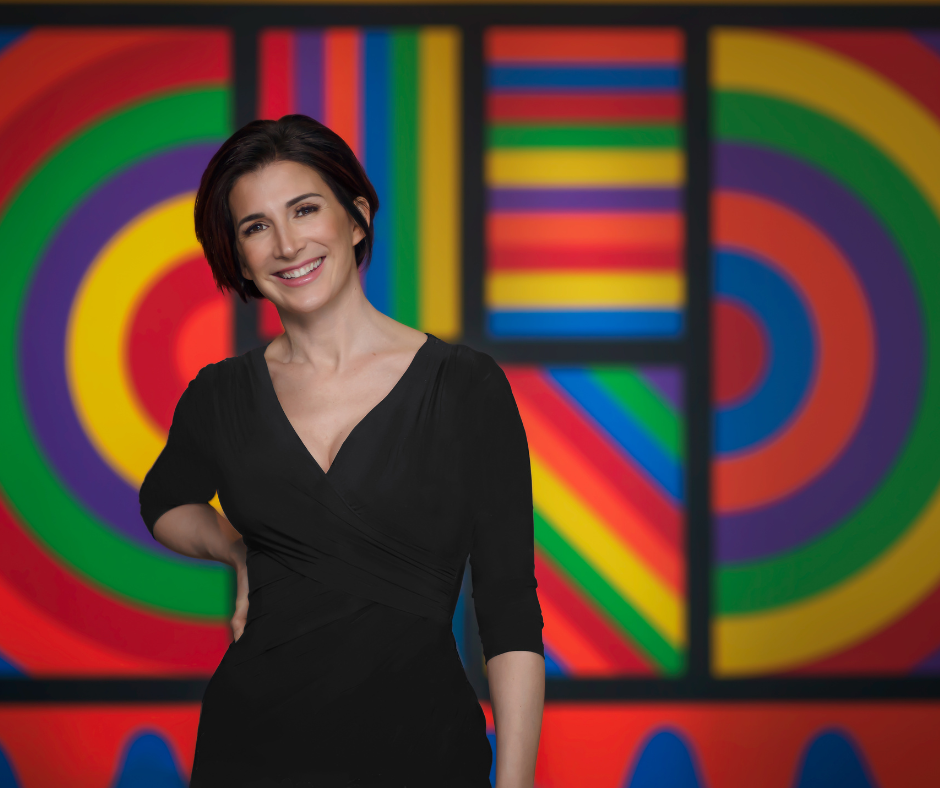 It is an unfair expectation of employees to make people feel happy and valued if they don’t feel that way. Second, Chance says that the concept might be too vague for people to take up the mantle on your behalf. She advises Customer Experience champions to be specific in their requests.

So, what part of experiences should organizations focus on? Chance says research shows that making things easy for customers is an essential and underused marketing metric. For example, the customer effort score measures how much work it took to do what customers wanted to do. The higher the customer effort score, the more likely people were to complain about the experience and vice versa, regardless of the outcome of the interaction. Chance says that customer loyalty was influenced more by effort than satisfaction.

Low effort or ease is an essential part of behavior changes, too. There is something called the Intention-Behavior Gap, which describes how we mean to make a change, but once we try, it’s too hard, and we don’t follow through. For example, New Year’s Resolutions usually fail. Chance says that is because it was a change we knew would be hard; that’s why we resolved it in the first place. So, Chance suggests that making it easier for people to act is a way to facilitate behavior change.

An example of using this concept to improve a bottom line comes from a seminar company that used a low-tech solution to enhance its profitability by 13 percent. During the seminar event, they printed out a sheet of paper that asked attendees which of their future events (listed on the form) they wanted to attend. The attendee marked the boxes and turned them in at the end of the seminar. Then, using their contact and payment information on file, the seminar company enrolled the attendees in future programs per their request.

The Strategy for “Working Around the Roots”

However, we realize that not everyone that needs to influence people or head up a program that requires change is the CEO or the business owner. Instead, they have to convince other people to do what they want. Chance says that a way to do this is consensus building. In Japan, they call it Nemawashi, which means “work around the roots.” Nemawahsi describes using individual discussions with group members to get people on board with an idea. Chance says that having these discussions is like building a team with input and ownership of the concept.

Chase says when you are using the method to build consensus, it is essential that you share the bare-bones version of your idea. Also, there is a strategy to whom you ask and when. For example, the first people or person is the decision maker. You are looking for advice about the idea and influence process here. The asking and their answer start to foster the idea of a team. Then, the next group or person is the person you think won’t like the idea. The idea behind this conversation is to hear their concerns so that you can resolve them.

The last group or person would be people or a person you consider an ally. The point of this conversation is to get a commitment of support.

This strategy will set you up with the best version of your idea that addresses potential concerns and already has some support amongst the group. Moreover, you will benefit from positive body language, like head nodding around the table, once you introduce the idea at a meeting, which will build positive momentum.

The Power of No, for You and Others

Chance’s book has a chapter about empowering yourself to say no. In some ways, that might feel like the end of influence. However, Chance says that saying no is one way that you can make yourself more influential to others.

Chance uses this as the first challenge in the MBA course she teaches. It’s also part of her free course this fall, How to Ask for Anything. The exercise requires people to say no to everything for 24 hours. The idea is that it shows how often we say yes when we don’t want to because we are inherent people pleasers—and often more than we think we are. Also, it demonstrates how quick we are to give away our most valuable resource, our time. Saying no can allow you to be more influential in your life. In addition, practicing teaches you how to be better at saying no in a way that doesn’t make people feel bad.

So, What Should You Do with This?

What would it take?

Zoe Chance is a writer, teacher, researcher, and climate philanthropist. She’s obsessed with the topic of interpersonal influence and her science-based but fun and life-changing book is called Influence Is Your Superpower: The Science of Winning Hearts, Sparking Change, and Making Good Things Happen. It is being published in more than 20 languages. Zoe earned her doctorate from Harvard and now teaches the most popular course at Yale School of Management (Mastering Influence and Persuasion). Her research is published in top academic journals and covered in global media outlets. She speaks on television and around the world, and her framework for behavior change is the foundation for Google’s global food policy. Before joining academia, Zoe managed a $200 million segment of the Barbie brand, helped out with political campaigns, and worked in less glamorous influence jobs like door-to-door sales and telemarketing. She lives with her family in New Haven, CT.

Colin ShawLearn How to Make Influence Your New Superpower Today!11.10.2022