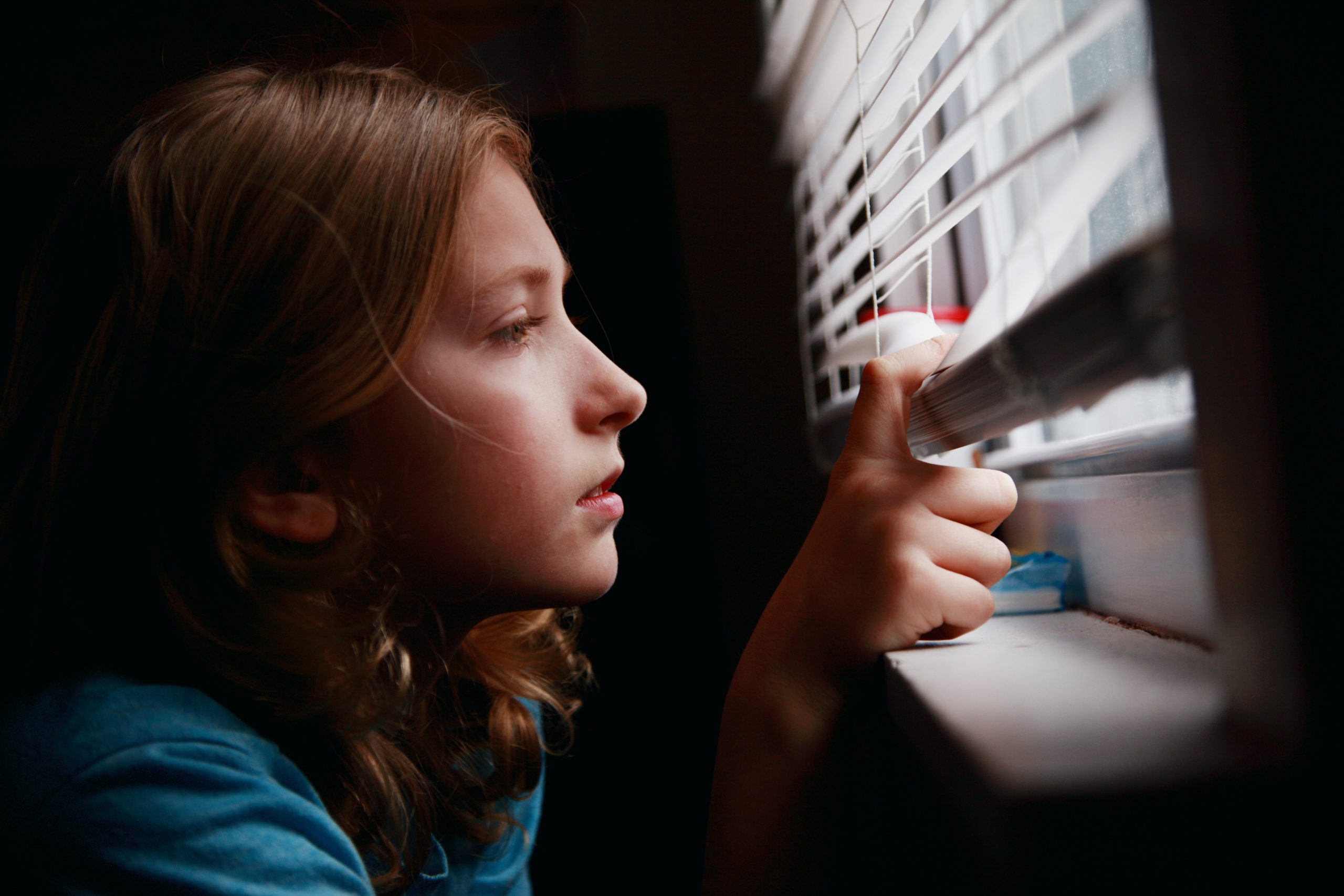 Just over a decade ago, just as the world was coming out of the deepest recession since the Greatest Depression, we carried out significant research across the globe with the largest container shipping company in the world. We repeated the research a year later when the economy was in full speed recovery mode and while some key drivers remained the same we found a noticeable and consistent change in every model we ran. The world and the market had changed!

Now, a decade later, the COVID-19 pandemic has taken the world by surprise. The cost of life is dire. The economy is in shambles, many people around the world are in quarantine or being asked to keep a social distance. As always, the world will emerge from this. There could hardly be many winners out of this but some will emerge stronger or less shattered than others.

It is in instances of trouble, problems and even more so – crisis, that the true nature and customer-centricity of organizations (and politicians) is shown. I’ve received a number of messages from airlines, hotel chains and travel site CEO’s about all the measures they are taking, the policies they are changing, etc. Whilst, you can’t expect in times like these, an outstanding customer experience, I had a super easy and cost-free experience canceling a number of trips with some organizations and a very difficult experience with others. One of the airlines I had bookings with had put a note for a number of days saying they are working on a self-service option to change tickets with open ones via their website or app. So I waited a number of days but as the flight approached it was an exhausting and time-consuming experience, trying different numbers in different sales offices, writing e-mails no one bothered to reply to before I was able to convert my flight into an open-ticket one, for which I received no confirmation.

But there are other, not-travel related customer experience shambles too! A friend of mine told me, he received a text message from his bank that he’ll be charged for some supplementary medical insurance contract he signed 3 years ago. He already had two other medical insurance coverages so he called and asked the bank not to renew it but they asked him to go to a physical office and that’s at a time when the government asked everyone to avoid any non-essential travel. The response he received after complaining was even more disappointing.

The above examples just show how late some organizations are with embracing the digital channels and allowing self-service as well as being flexible in difficult times, which brings us to the bigger point…

Which COVID-19 Related Consumer Behavior Shifts Are Here To Stay?

Marketers have long known that it is at a time of big changes that customer habits are up for grabs. These big changes typically occur when changing houses, having kids and … going on holidays where things are not as we’re used to so we may try a new toothpaste, shampoo and who knows maybe even toilet paper (although I feel people will have plenty left to bring it with them on their next holiday!). So marketers have tried to use those moments to market to people whilst they are on vacation, about to have a baby, etc. It is clear that these days are one of those rare moments. So will we form long-lasting habits? Will our behavior shift significantly?

It was reported how a year ago someone spotted Naomi Campbell pedantically cleaning all the surfaces around her seat on the airplane for which she was ridiculed but now that has actually been recommended for everyone to do, it may become the “new normal” unless… E-mails from airlines and hotels I received all explained what their cleaning procedures are and the fact they’ve even stepped these up. I remember once how customers were complaining about the cleanliness of their rooms in a hospital even though they were being cleaned every day. The solution to the problem was not more cleaning but just using a detergent that was changing the color of the water in the lavatory to blue so patients could notice the difference. Complaints dropped drastically overnight. So airlines might even stream live to passengers how the plane is being cleaned … who knows. Certainly, masks are here to stay. Flexible bookings might also be in higher demand going forward and potentially a point for differentiation if they turn out to be an unmet need in the market.

This is one of those shifts that may turn to be economically painful for many businesses. While restaurants (particularly local ones) might get full till the last available seat with people celebrating the end of social distancing and isolation, in the long term some theme parks, theaters, stadiums, shopping malls, large retail stores, concerts, etc. may not see a full recovery of foot traffic to the pre-coronavirus era for a long time.

E-commerce, online streaming, online food delivery – all were growing rapidly for a number of years before the coronavirus even existed. But those were not universal for everything and everyone. Now they are grabbing not just new customers but penetrating more widely into new segments – whether millennials or baby-boomers. But now, for certain product categories, if people get used to it, it will become the new norm.

Again, this was a long-term trend even before the virus outbreak but many organizations and particularly government agencies have realized how behind the curve they are and they are now prioritizing and speeding up the provision of self-service channels. Digitization will also speed up in Education and Healthcare.

For many organizations, it also means changing how they work internally. As a popular Facebook meme goes – now you could see which meetings could easily have been e-mails, which could have avoided travel, etc. The Zoom Cloud Meetings app topped the charts of free apps in the App store last week while Google’s classrooms and Microsoft Teams were also in the top 6 (Netflix was #12, just for a reference).

Another trend that had been going for some time was working from home but there had been many organizations that were absolutely reluctant to hear anything about it and yet, amidst the crisis and the possibility to have to quarantine the whole enterprise if anyone’s infected, scrambled to provide the means for employees to work from home. Once the genie is out of the bottle there is no going back and companies might need to adopt more flexible policies going forward.

In the face of movie theater closures last week, multiple studios said that they’ll be making their first-run films available for home release. Films will be available to watch on-demand the same day they’re scheduled for theatrical release. Thinking about the future, this could turn out to be a trend that will allow personalization and more interactive delivery of content. Imagine each customer being able to look at the scene from different angles using a 360 camera (not so hard) or being able to influence the plot and ending (kind of like the game-books we used to read and play in the 90s). That would mean more than one ending and storylines but would certainly be an innovation.

We already saw images of robots being used to deliver food, etc. in some hospitals in Asia. Robots have also been tested for a range of tasks – from taking blood samples to conducting surgeries. Not only are robots ‘naturally immune’ to human diseases but when you add the power of cloud computing and Artificial Intelligence (AI) they can improve their prediction accuracy with every test they make. The blood samples could be analyzed much quicker and the process of coming up with potential remedies could be shortened. We even hear of drones being used to measure people’s temperatures. There were already tests that showed that AI was able to spot cancer faster than humans but it also had missed some cases. It’s only a matter of time for the AI algorithms to improve having access to even more data. So we might get to see robots more often in hospitals and AI will spread further in healthcare.

Another trend accelerated by COVID-19 has been towards cashless and contactless payments. Delivery drivers are now following instructions on where to leave the orders so to avoid any human contact. This shows that there is future demand for autonomous, driverless cars and many people might prefer that option.

So, if the digital experience becomes even more important, is your organization up to the task? Amazon, for example, has found that a 1/10 speedier website could bring an extra 1% sales which in their case equaled $1.7b, while Google found that a particular shade of blue could increase the click rates on their add links generating an additional $200m revenue!

Finally, to truly understand human behavior you need to look beyond the rational and into the emotional, subconscious and behavioral biases that drive our behavior and perceptions. Most behavioral biases arise in the fast-thinking areas of the brain. The same that are responsible for our emotions. Emergency news coverage round-the-clock of the Coronavirus pandemic triggers the emotion of fear and has put us into survival mode. Thus, feeling we must do something quickly we don’t act as economists making a cost-benefit analysis of each product group (if we ever do) but give in to a panic buying impulse. We still rationalize all this as we see others doing the same. However, following the crowd is another cognitive bias – social proofing.  The term is coined by Prof. Robert Cialdini, who in his book ‘Influence: Psychology of Persuasion’ describes Social Proofing as a psychological phenomenon where people assume the actions of others in an attempt to reflect correct behavior for a given situation. It’s the same principle that marketers use customer reviews, stats, celebrity endorsements and influencers to trigger.

Another cognitive bias in effect during the frantic shopping experience is Loss Aversion. In this case, it’s shown as the fear of missing out. Missing-out on the food supplies to provide for the family during a crisis and missing out on … toilet paper. It’s the same principle that drives the Black Friday shopping – missing out on good deals. This principle is also widely used in marketing, for example:

So, to prepare for the changing customer behavior, you need to look at what their unmet needs will be and go beyond the rational but into the emotional and consumer psychology. Doesn’t sound so easy? We discuss all these aspects in our podcast “The Intuitive Customer”.