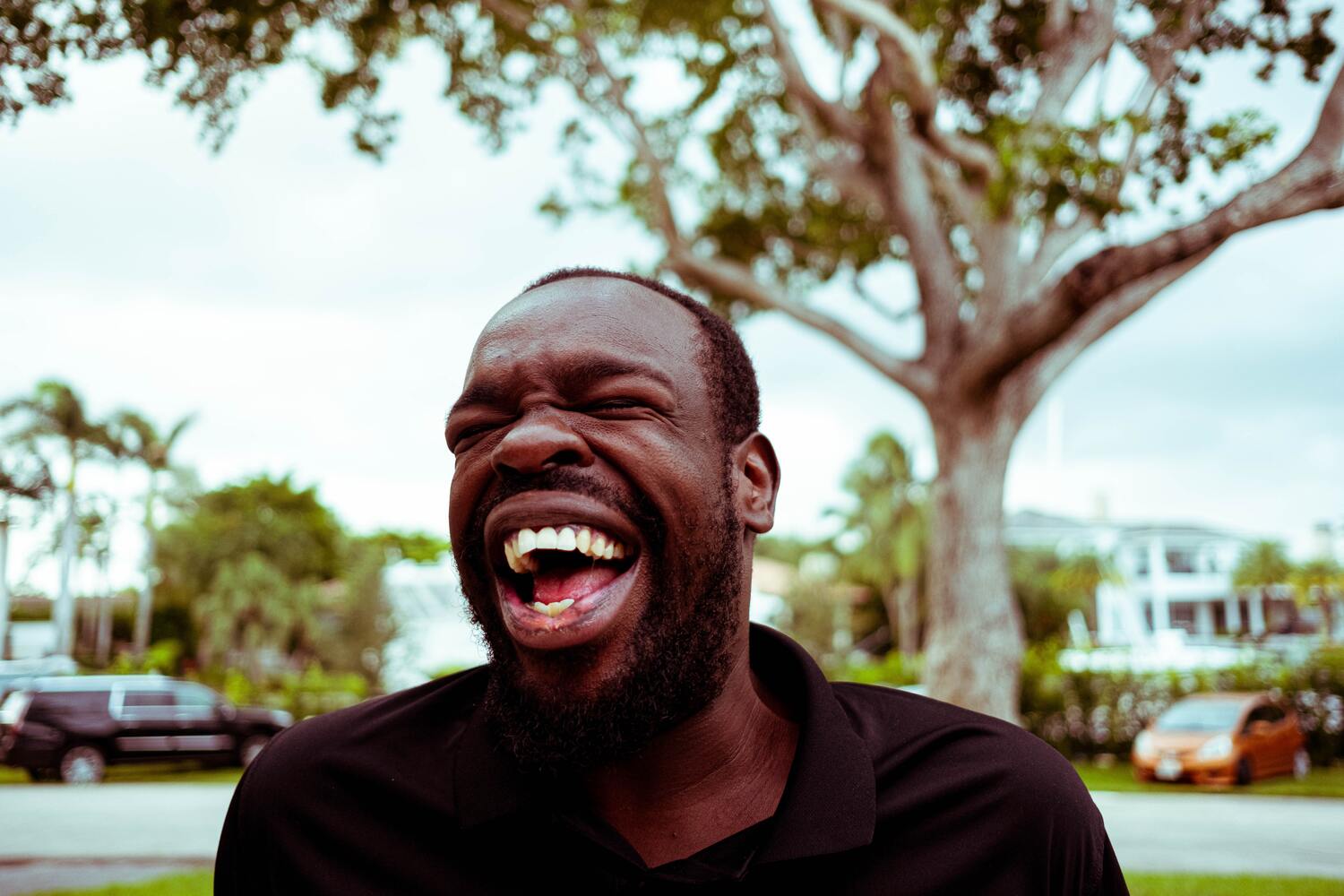 When I was ten, the teacher wrote on my school report, “Colin is the clown of the class.” To this day, I am still proud of that report card. Humor matters and can provide business benefits. Today we will talk about how to be funny and use humor to your advantage.

When we make people laugh, it’s disarming. People are often more willing to listen after someone makes them laugh, making way for us to be more persuasive. There are also a bunch of documented health benefits of laughter. It can reduce tension. It can be good for our relationships.

I’ve coached team members to let their humor come out in business. Of course, it must be appropriate and provided at the proper time. However, using humor is essential in our team because cracking jokes and having a sense of humor is a significant business advantage.

Many of you know I also have a podcast called “The Intuitive Customer.”  We had a 5-star review titled “Delightfully Humorous and Informative” that I thought I would share:

“The dynamic between the two hosts absolutely makes the podcast. Each brings their own unique take on the topic, their own unique perspective, and plays on each other’s sense of humor. I come away from each episode feeling a little bit of joy and feeling a bit smarter. A win-win.”

I love that review, and not only because it was 5-stars. It demonstrates that mixing a complicated topic like behavioral science with humor allows the topic to be informative and fun simultaneously.

Let’s talk through the theories of humor, which sounds like the worst idea in the world. Naturally funny people know some of these rules intuitively. But for the rest of us, if we want to become more amusing, it is helpful to consider what makes things funny. So as we go through these four theories of humor, let’s consider how we can apply these concepts to business, whether through the contact center, account management, or marketing.

Also known as “the sudden glory theory of humor,” this theory is humor generates from feelings of superiority over others or even a past version of ourselves. It is also called sudden glory because of this quote from the philosopher Thomas Hobbes in the 1600s, “the passion of laughter is nothing else but sudden glory arising from some sudden conception of some eminence in ourselves by comparison with the infirmity of others or with our own formally.”

Here’s a great example of this type of humor from Studio C featuring Scott Sterling’s face:

A lot of sarcasm, especially barbed sarcasm where the other person doesn’t pick up on it, would be an example of humor inspired by the Superiority Theory. Other examples would be physical comedy, like Fails videos where you watch people slip and fall or crash their go carts or break their ceiling fans. Also, practical jokes and pranks fall under this theory. 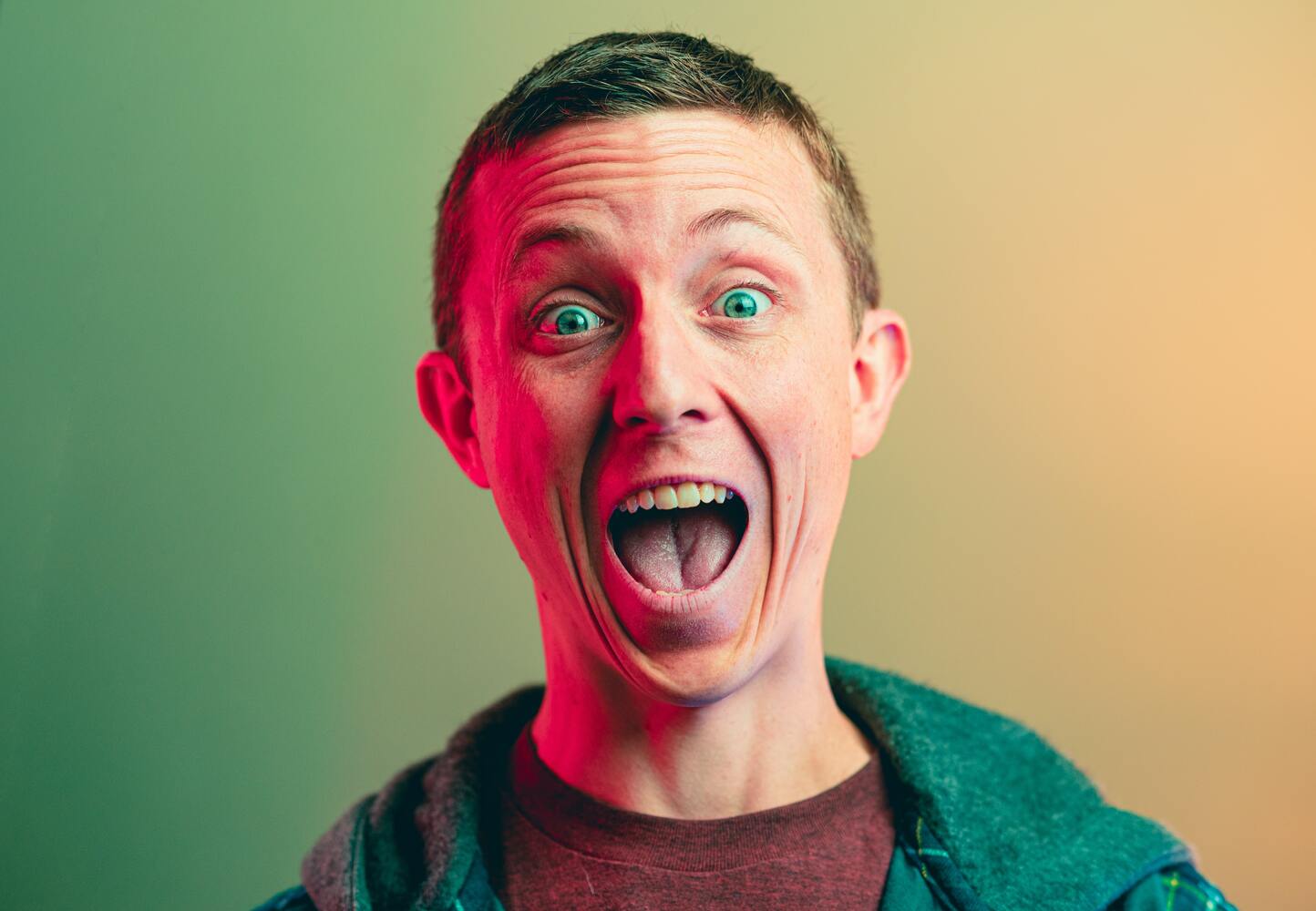 Consider this clip from Between Two Ferns Bloopers:

There are also dark examples. Racist, ethnic, and sexist jokes are examples of it, too. I’m not endorsing those types of humor, especially not in business. However, the Superiority Theory explains why they are funny in certain contexts to specific people.

Humor is universal, but what makes people laugh is not. Culture filters comedy and humor. Preferences and history do, too. For example, a religious person will often find jokes about religion not funny at all, whereas a non-religious person might find them very funny.

Superiority Theory doesn’t do a good job explaining why that is. It says, “Well if you feel superior to somebody, you should find that funny.” But it misses a lot of this nuance.

This theory has a long pedigree. It goes back hundreds of years to medical views of the human body and the idea that we had various pressures within us caused by the “humors”(which, in this usage, refers to our bodies’ makeup, not comedy). It was essential to balance the humors. Doctors used bleeding to relieve pressure from an excess of one of the humors. Not surprisingly, doctors also killed a lot of people back then. The word humor comes from this belief. For example, if you were laughing, it was because one of your humors was unbalanced.

So, the nature of the word has changed over time, but the idea was similar. Humor is the release of the pressure within you that something is funny. 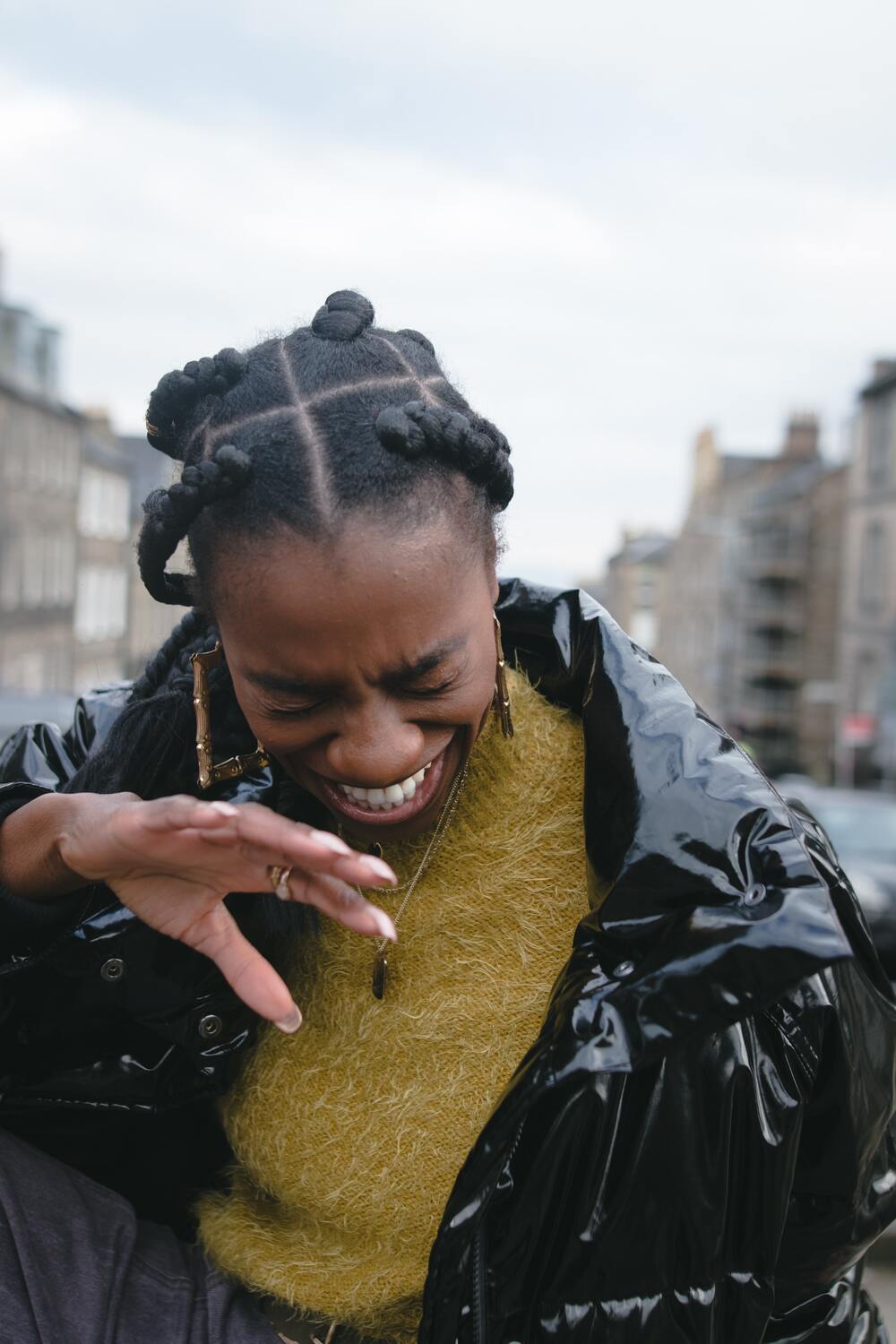 One of the proponents of relief theory was Sigmund Freud. He used it to explain inappropriate humor or Gallows Humor, which is about death. In other words, you laugh about something you know you shouldn’t. If there’s something we feel uncomfortable about, it creates this psychic pressure within us. Or, if we’re in tense situations, the nervous energy is trying to escape. Laughter can relieve that pressure.

I enjoy making people laugh. So when a situation is tense, I feel responsible for saying something funny.

A lot of joke-telling artificially ramps up the tension. Jokes with a twist ending are a good example. Also, long, rambling stories increase the anticipation where we know there’s a punch line, but dragging it out increases the tension and the relief from laughing.

Here is an example from Norm MacDonald on The Conan O’Brien Show:

Cicero once said, “The most common kind of joke is that which we expect one thing, and then another is said. Here our disappointed expectation makes us laugh.” 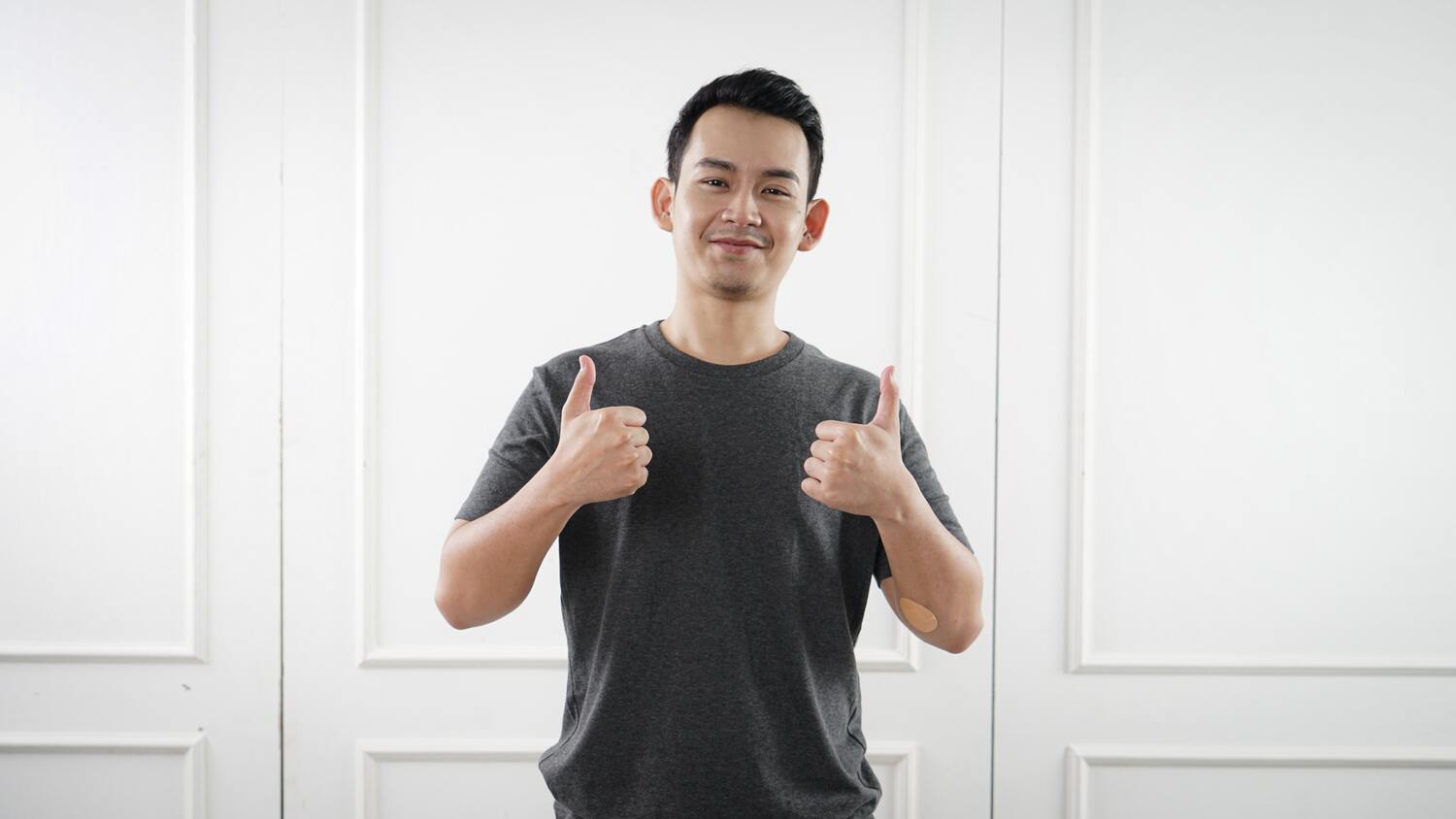 Many one-liners and short jokes work using this theory. A lot of times, the expectations are formed by leaving out information. For example, stand-up comedian Jim Gaffigan had a one-liner about the genetic tests you can get to discover your ancestry. He said, “You do learn things from those genetic tests, like how I discovered I wasted $100.” The expectation was that he would make a joke about what he learned about his ancestry, but instead, he takes you in a different direction.

Wordplay falls in this category, too. The classic setup punch lines use it.

We have Abbott & Costello, Who’s on First:

There’s a branch of incongruity theory going back to Monty Python, which is Absurdist humor. Here’s an example from Kids in the Hall, I Don’t Speak English:

Consider this famous scene from Monty Python and the Holy Grail:

Or this one from the same movie, The Constitutional Peasants Scene:

Parody uses this one, too. Here is an example from Brooklyn Nine-Nine, I Want It That Way:

Puns are an example of this type of humor. Puns violate language’s meaning.

A critical part of this theory is that the violation must not be threatening. The release of the humor is related to the offense.

Comedians say, “Comedy=tragedy + time.” This phrase encapsulates the idea behind Benign Violation humor. In essence, it indicates that a situation can be funny once it is distant from the present company. For example, making a joke about Alexander the Great conquering a huge empire could be funny; making one about Putin’s attempt to conquer Ukraine, not so much.

Jim Gaffigan has quite a few examples of this in his Funniest History Jokes:

So, What Does Humor Have to Do with Improving an Organization’s Experience?

Positive humor provides an enormous opportunity for organizations at all levels. It can make work more fun for people, which leads to happy employees and, in turn, satisfied customers. But, of course, the critical word here is “positive.” Using humor that is negative or inappropriate is a bad idea. Moreover, it can set up an environment where it is okay for employees to use that kind of humor, which is not going anywhere good—or that doesn’t require a lawyer.

I use humor to my advantage. I use it to build a team, reduce tension in uncomfortable situations, and loosen up an audience in a keynote address. Too many organizations steer their culture away from it and to their detriment. While there are clear lines and boundaries for what is appropriate, humor provides an opportunity to build relationships for any company. 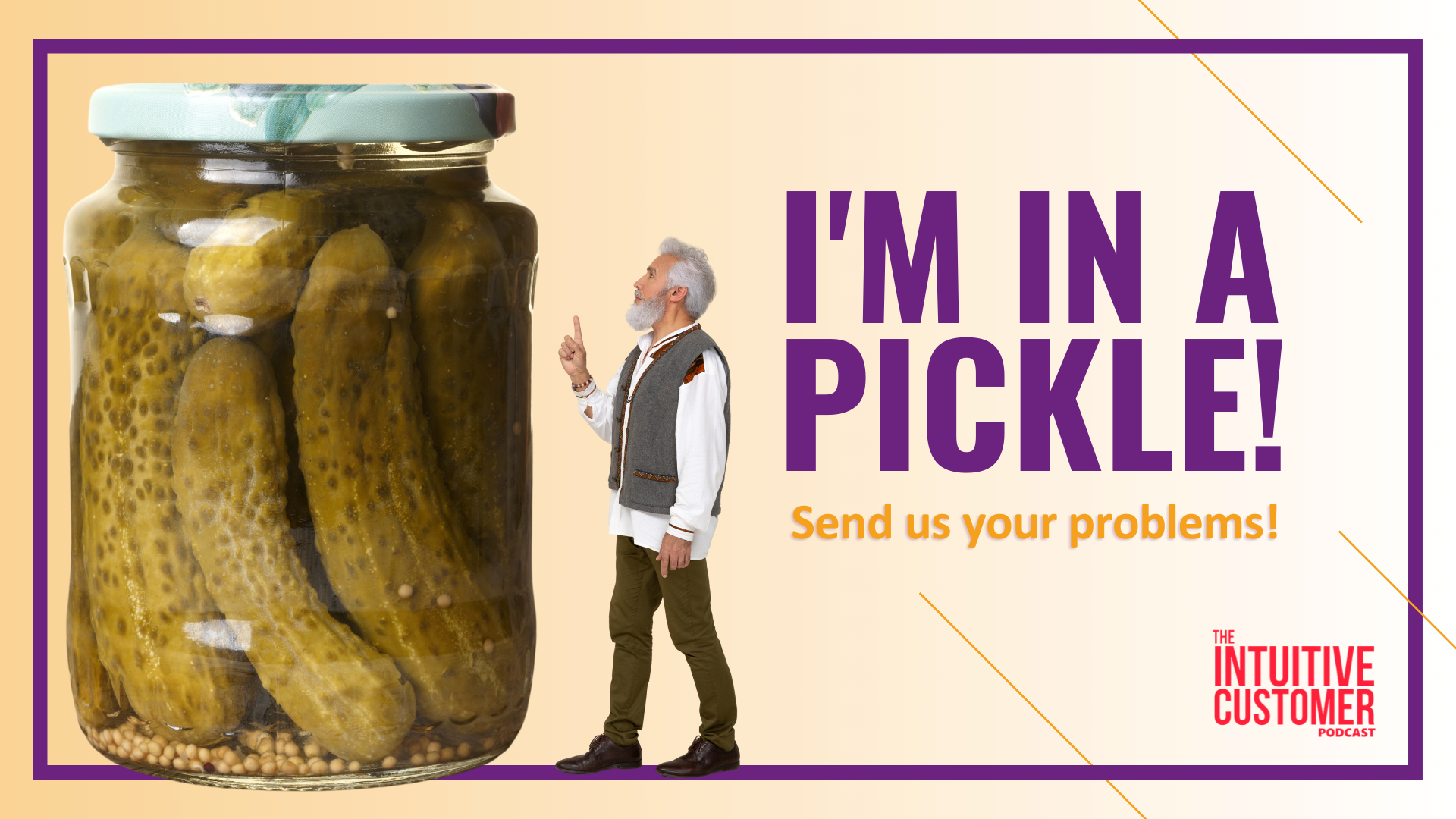 Colin ShawHow to Be Funny and Use Humor in Business to Your Advantage07.14.2022