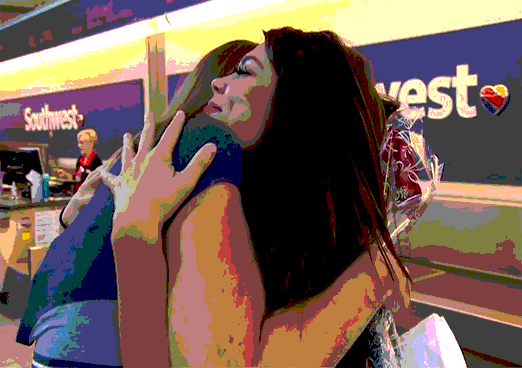 This past July 23rd, Southwest Airlines passenger Stacy Hurt called the airline’s customer service desk at the Pittsburgh International Airport. Her luggage, containing medication for helping with the side effects of the colon cancer chemo therapy, had failed to arrive on a flight from Nashville. She panicked because the medication would be vital, post-treatment, for the chemo she had scheduled for the next day. She immediately called Southwest’s customer service line at the airport.

Sarah Rowan, a customer service staffer for Southwest at the Pittsburgh airport, took the call. She immediately understood the seriousness of the issue for the passenger. Her father had died a few years ago from leukemia, and Sarah was moved to help Stacy in any way she could.

For those of us who have experienced lost, delayed or mishandled luggage events, we expect that the airline involved will deliver it by courier as soon as it arrives at the airport. This, however, was a far more emotional situation for the passenger. Rowan finally located the luggage after midnight; however, the last courier had already gone for the night

Rowan did not hesitate with her next move. She put the bag in her car and drove it to Hurt’s home, even though it was 3 a.m., leaving it on her front doorstep.