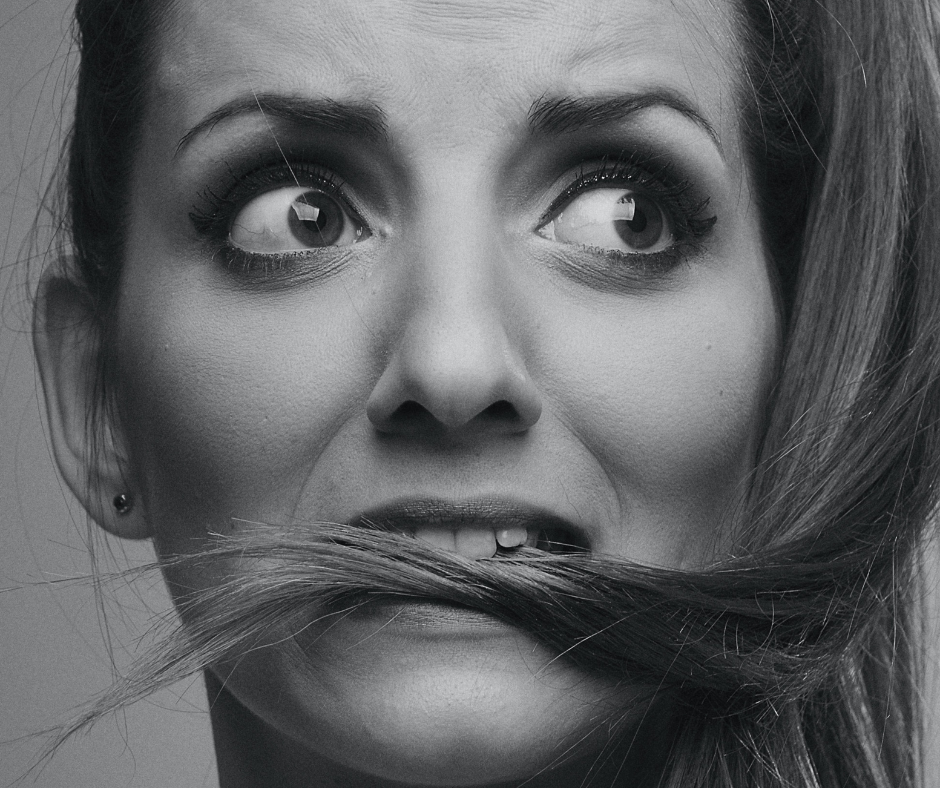 Fear is a powerful motivator for what we do. It is also a powerful tool for marketing. 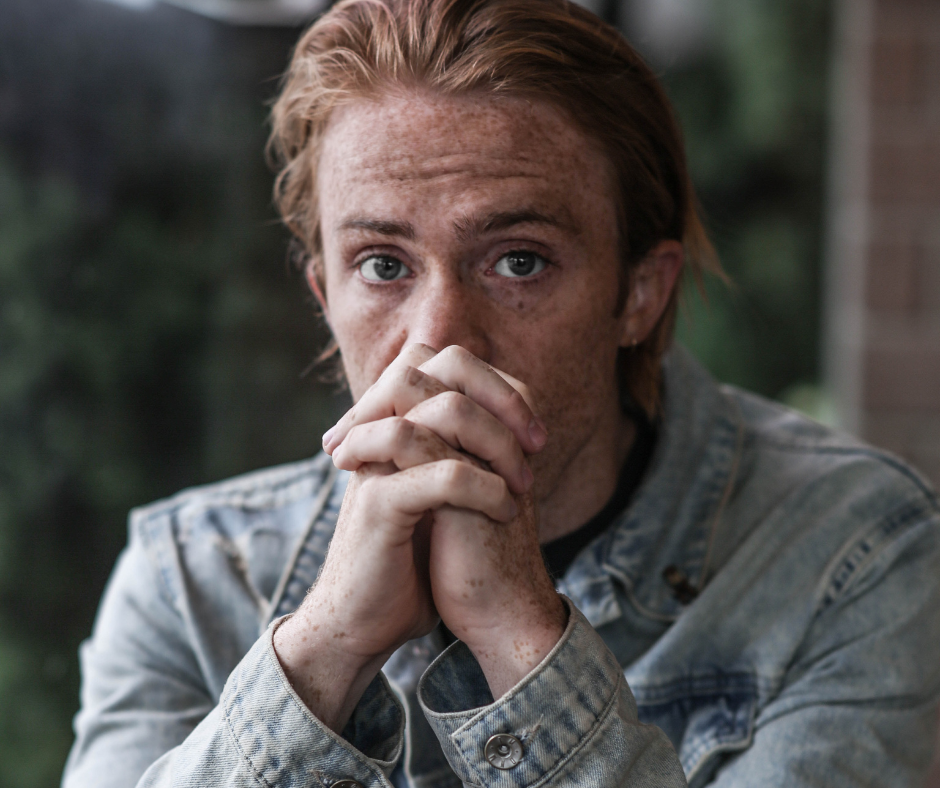 So, with Halloween coming up, we decided we would dive deeper into why this is and why it works to get people to do things. Some of the reasons might, well, scare you.

Okay, they probably won’t scare you but will surprise you. See, we were tricking you. Wasn’t that a treat?

Don’t worry; we won’t have any more Halloweeny things here. But on the video feed of the podcast, I did model my Halloween mask.

So, why is fear so motivational? Fear is a primary and powerful emotion. It can tap into something primal for us humans, which causes almost involuntary responses.

Another way fear plays into customer behavior is our old friend Loss Aversion, which is part of the larger behavioral concept of Prospect Theory. Loss Aversion, you might recall, describes how we hate losing things more than we love gaining things. Therefore, we are sometimes less likely to risk things because we hate the feeling of losing so much. So sometimes, we say on the podcast, losses loom larger than gains.

In other words, we get a stronger emotional reaction from losses than gains.

However, it is essential to remember that while fear and Loss Aversion associate with each other, they only overlap. Loss Aversion can exist outside of fear appeals and the other way round.

One example of the fear/Loss Aversion overlap is the fear of missing out (FOMO). Marketers often use FOMO. It works because we don’t want to be left out or left behind if there is some excellent experience everyone else is having. So there is fear here, but it isn’t terrifying or soul-crushing. My sincerest hope is that no one lies awake in their bed, unable to sleep because of a FOMO marketing campaign.

So, an example of using this in marketing would be a renewal appeal for a subscription service. If a person doesn’t subscribe to the service, they will not get the 20 percent off offered that day.

Another example was the launch of Tylenol back in the 1970s. The marketing team positioned Tylenol as a painkiller safer for your stomach than aspirin. However, only about one percent of the population had stomach problems from Tylenol. That didn’t matter; people thought Tylenol could save them from all that. Tylenol users didn’t have to worry about stomach problems, even if aspirin didn’t cause them any issues before.

Drug ads today are slightly different but not above using fear as a motivator. For example, have you seen ads for drugs treating skin conditions like psoriasis? Psoriasis is a skin problem that causes unsightly sores that people who have it feel embarrassed to expose to others. The medicine ads show people with the condition doing things like wearing short sleeve tops in public or wearing a bathing suit around other people.

The implication is that you don’t have to be afraid to show your skin and feel embarrassed because people are staring at your latest flare-up.

A British comedian Michael McIntyre does a funny bit about bees and wasps:

So which one are you? I’d like to think I am a wafter, but I might be a total panicker. I guess as a wafter I have that option, no? The point is, we all do this a bit, don’t we? We try to control our fear and be calm when we are freaking out inside.

Horror movies are a great place for us to try out controlling our fear, or not. So, it is not my film genre, but other people like them. So, why do they seek out movies that will scare them? Or go to crazy roller coasters that seem to defy sound principles of engineering, haunted houses in old abandoned buildings, or jump out of perfectly good airplanes while skydiving? People do these things because fear is such a powerful emotion that it can appeal to us to feel it in “safe” spaces. We like the excitement of it and the adrenaline boost it gives us. But only when it is in a safe space where we aren’t in danger.

So, we understand fear appeals and how it motivates us. We also talked about how it overlaps with Loss Aversion. However, if you want a fear appeal in marketing to work, you must provide a solution to the fear. It’s like Tylenol did with the stomach problems aspirin caused that 99 percent of people did not have.

Political ads are masters at this tactic. For example, you have likely seen a few political ads in the US over the past month. Many times, a candidate will launch a campaign against their opponents’ political positions and voting records to demonstrate how they single-handedly destroy the American Dream and everything the founding fathers ever stood for. But, then, the candidate cashes in on this fear appeal by telling you how they would never do that, and if you vote for them, you have no worries.

Political campaigns, home security companies, and insurance firms use fear in their ads because it is very effective. However, there are risks.

Fear-based ads produce intense negative emotions. Fear tends to be very harmful, so there is a risk that the negativity of your ad blows back on your brand. The more extreme the fear, the more blowback there could be.

There is also the risk of reactance. Any time you persuade people a risk exists, you could get an unexpected response. For example, fear appeals favor the heavy-handed, and people don’t like to feel manipulated. So, if you come on strong with a fear appeal, there’s the risk that people will reject your message because they don’t like how hard you’re pushing. Worse, they can move in a different direction. For example, some of the anti-smoking campaigns blow up this way.

If they try too hard, then the message could be interpreted by teenagers as, “oh, this is dangerous and cool.”

Finally, there is the need we all have for dissonance reduction. Fear imposed on us by others can be very unpleasant. We sometimes go to great lengths to escape that unpleasantness, including psychologically disengaging. For example, if we see something that disturbs our sense of safety, we might say, “Oh, that doesn’t apply to me.” Sometimes, with the anti-smoking campaigns, young people will think, “Yeah, but that’s an old person’s problem.” These reactions reduce the effectiveness of the ad.

So…What Should You Do with This Information?

Fear works in marketing. Too much fear or not enough solution can mean it doesn’t. So, what does that mean you should do?

Practically speaking, use fear appeals when they make sense but have a light touch. If you shake your audiences by the shoulders, screaming about how crucial it is to use your product to save themselves, you will likely lose them. However, there are a lot of things people don’t like. So, reminding them how they don’t like it and how your products or services avoid those things could have the effect you want.

Fear is a powerful emotion that inspires a reaction from your customers. However, it can manifest in customer behavior in different ways. With a careful approach and a light touch of fear in your customer strategy, you can hopefully inspire behavior that is in your customers’ best interest while at the same time serving what’s best for your organization.

Colin ShawFEAR! One of the Greatest Marketing Motivators of Human Behavior11.03.2022