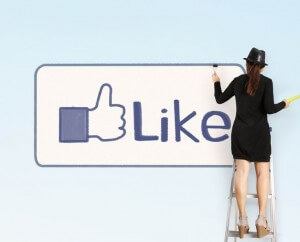 There is a real psychological phenomenon called the IKEA Effect.  It describes the notion that there is really is love in our own labour.  When we put effort into building our own things we attach greater value to it.  This phenomenon has investigated by psychologists and behavioural economists but derives its name from the love affair IKEA’s customers apparently have with their self-assembled furniture, even when it’s badly self-assembled.

A Harvard Business Review article by Michael Norton, Daniel Mochon and Daniel Ariely (The IKEA Effect: When Labor Leads to Love, 2011) points out that traditional rational economic thinking would predict that the value attributed to an item that required the consumer to assemble should be lessened since a rational being would simply subtract the value of their own labour from the final cost of the item.  However, it can be readily observed that self-assembly often has the opposite effect.  The IKEA and Build-a-bear experiences are two self-assembly experiences that come to mind where consumers pay a premium.  The researchers go on to show the underlying mechanism at play through laboratory experiments.

In one experiment, people who self-assembled basic IKEA items estimated their final value to be $.23 whereas non-assemblers valued the same items only at $.05.   This basic effect was found regardless of whether the participants were predisposed to do-it-yourself (DIY) activities or not.  Thus, even when the intrinsic enjoyment of self assembly is minimised (non-DIYers), the IKEA effect still holds true.  Furthermore they found that builders who were only allowed to half assemble an item valued it less than when they were allowed to fully assemble it but more than those who played no role in its assembly.

Psychology has long known of “effort justification” – the more effort we put into an activity, the more we come to value it.  Perhaps it is a post-rationalisation to avoid a dissonance.  Whatever the cause, the effect is an observable psychological fact.  Effort Justification alone would predict that labour leads to increased perceived value.  However, effort success also plays a role.  To maximise the IKEA effect, self-assemblers need to achieve success which simply means complete the task.  Success does not mean mastery of the task as a craftsman would.

All this brings to mind the case of Betty Crocker cake mix  which was launched in 1952.  At the time, they were marketing the mix on speed and ease in the kitchen.  Both these qualities were keys to many popular modern age kitchen advancements.  However, the cake mix was not the success the company thought it would be.  It turned out that the original mix included powdered eggs.  However, 1950s ready mix cake makers needed to have a sense of real contribution to the final product.  The cake mix began to fly off the shelves when the mix was adjusted such that adding a few eggs at home became necessary.  This is perhaps a 1950s version of the IKEA effect.

One potential implication is that businesses should consider how to include some DIY components into their experience making sure that customers can successfully complete it.  Presumably this would increase the customer’s perceived value of the experience.   Norton et al. caution however, that The IKEA effect is reactive, not proactive.  That is, the IKEA effect becomes apparent after the DIY assembly not before.   It is an effect that becomes manifest in situ.  It is not a tactic that operations should be aware of, not necessarily marketing.   The IKEA effect may be crucial to your customer experience as it is to reducing your overall cost.  It gives a clue as to why and how a self-service experience might be valued higher by customers after the fact.