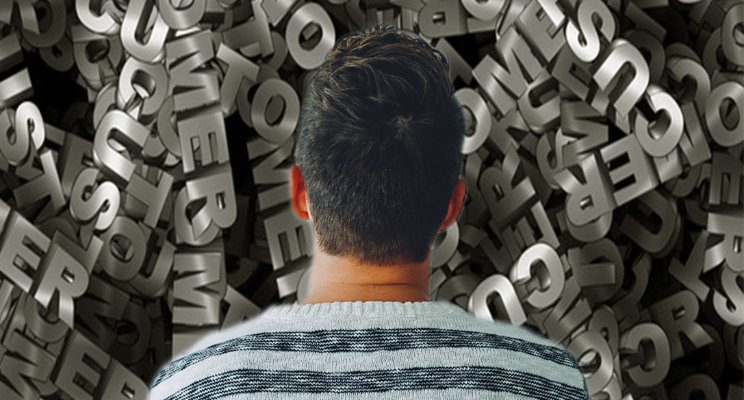 We all have habits, good and bad. Few of us remember how they formed. Few of us know how to change them—especially those bad ones. However, understanding how habits develop and their influence on our behavior can be a powerful tool for tuning up our Customer Experience.

The scientific definition of a habit is anytime your mind prepares you to respond in a certain way based on some environmental cues or stimuli. When you discuss habits in relation to the two systems of cognitive behavior, or what we call the Intuitive System (emotional and fast) and Rational System (logical and slow), the Intuitive System governs habitual behavior.

How the Helpful 8-year-old Forms Habits

For example, when I go to pay for something, I always reach for my American Express (AmEx) card. I automatically go to the part of my wallet where I keep it and use it for my purchase. I do not consciously choose it every time; I just do it. That is an example of a habit. I have a stimulus, e.g., it’s time to pay for something. My Intuitive System activates my habit, e.g., it tells my subconscious mind to reach for the AmEx.

Now, before I had the AmEx, I reached for another card. Reaching for the AmEx, in the beginning, was a deliberate process. The stimuli would occur, meaning it would be time to pay, and I would think as I looked through my wallet, “What card should I use?” Then, I would choose the AmEx because I liked the rewards they provided. Over time, my helpful-8-year-old Intuitive System noticed that when it was time to pay, I was consistently reaching for my AmEx card. So, when it was time to pay the next time, my Intuitive System responded by automatically having my subconscious reach into the wallet for the AmEx. This instance is an example of when the 8-year-old is helpful. However, when the helpful-8-year-old Intuitive System has me reach for the cookies after lunch, it is not helpful!

The Three Parts of Habit: Cue, Routine and Reward

Now, the scientific definition only explains part of what makes up a habit. Pulitzer-Prize winning reporter Charles Duhigg wrote The Power of Habit a couple of years ago that gives a more robust definition of habits, describing the three parts of habits. These are the Cue, Routine, and Reward. This video demonstrates the concept in action:

Customer habits are an enormous driver of consumer behavior. As an example, Ryan habitually buys toothpaste on a particular aisle at the store (Cue). His Intuitive System knows where it is on the shelf and what color the box is and he grabs it (Routine), and moves on without giving it much thought (Reward). Moreover, because he doesn’t think about it, the toothpaste competitors present in the aisle don’t have a chance.

Understanding the three parts of the habit as Duhigg described can help the competitor brands get Ryan’s business. If they can intercept Ryan before he reaches the aisle, say with an end-cap display or another attention-grabbing device in store, the competing toothpaste brand could disrupt the Cue and redirect Ryan’s Routine behavior. It is vital, however, that the disruption of the Cue communicates the new anticipated Reward.

Have you gained from studying your customers habits? Let us know in the comments below.

Learn more about habits and how they affect customer behavior in the recorded webinar we did as part of ourIntuitive Customer Conversations webinar series. These FREE and informative webinars are designed to expand on the ideas behind understanding customer behavior.

If you liked this article, you might also enjoy these: