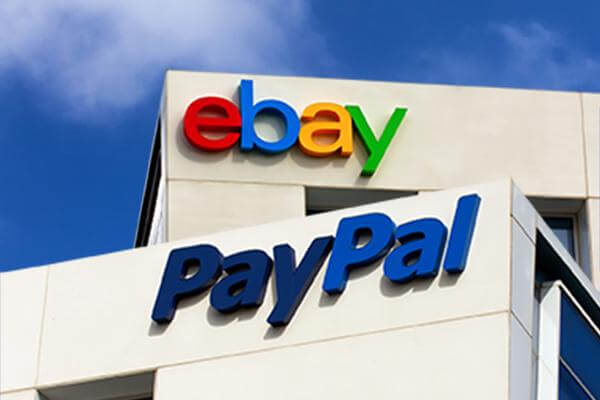 I was having a family birthday meal for my Father birthday last weekend. He was talking to my kids about the changes that he has seen over his 87 years. There have been many! I made the comment during the meal that I am sure that when my kids are Grandparents, I was sure they will be sitting around similar family gathering telling their grandchildren of the time when people carried around money in the form of pieces of metal in their pockets and paper in wallets.

It’s ironic therefore that last week Ebay and PayPal announced that they were going to split.  By 2015, eBay plans to establish PayPal as its own company to make my prophecy become reality.

According to Forbes.com, PayPal was the vehicle for $180 Billion worth of currencies from 193 countries across the world last year. It also grew revenues by 20% to $6.6 Billion, which represented 36% of eBay’s profits last year.

In the past when both of these companies partnered up, eBay was the bigger and faster-growing business model, while PayPal was its convenient service to handle payments. It was like PayPal was a little brother tagging along the bigger one. The rise in popularity of mobile payments, however, has given PayPal more opportunity to grow. Now, it’s as if the younger brother has potential to surpass the older brother.

The age of electronic payments is here, and this is a massive battleground. Mobile payments were responsible for $235 billion last year in transactions (Although I think it is important to note that the remaining 15 trillion was cash and credit cards).

There are many big names fighting for their share of this growing segment of payments. Apple just announced their mobile payment system by way of their Apple Pay App that they have just launched with their iPhone 6. Also, our clients Barclaycard have been in this market for years with Barclays Pingit App. Then there is Square, the mobile payment company that enables individuals and merchants to process debit and credit card transactions on their smartphones and tablets. Google, Amazon, AT&T and Verizon, are just a few more of the big names that are in the mobile payment business.

What’s great about this split for the consumer?

I’m sure many of you are wondering how this will affect you, the consumer. I think spinning off into PayPal is great for consumers in many ways, including:

Mobile Payments Are the Future

It seems that there is one big thing that happens in every generation that changes everything and makes something perfectly normal in one decade sound ridiculous to the next. Consider the pay phone. These days, the only one who uses them are people who are having affairs and don’t want their call history to show up on their phone (I’m joking, of course!). Honestly though, I would guess that the vast majority of you haven’t used a pay phone in ten years.

That future isn’t as futuristic as it may sound right now as many merchants are gravitating away from cash. Buses in London don’t take cash. Airlines don’t either. So if you want to buy that snack pack on the flight, you had better have plastic, or you are going to have to settle for Bloody Mary Mix and the teensy bag of pretzels. Many hotels and resorts don’t accept cash for rooms any longer. Even parking meters have gone cashless in many places. This one is great though, as anyone who has worked his or her way up to two hours on the old-fashioned meter one dime at a time would agree.

PayPal and eBay were a great together for many years.  In their new iterations, they will likely continue this greatness. Will there be adjustments to their relationship after the split? Sure, but all the changes that they endure as an individual organizations will ultimately pave the way for PayPal to realize its full potential…and pay off in a better experience for all of us when it comes to mobile payments.

Do you think the split will be good or bad for Paypal? I’d be interested to hear your insight in the comments below.

Colin Shaw is the founder and CEO of Beyond Philosophy, one of the world’s first organizations devoted to customer experience. Colin is an international author of four best-selling books and an engaging keynote speaker. To read more from Colin on LinkedIn, connect with him by clicking the follow button above or below. If you would like to follow Beyond Philosophy click here.