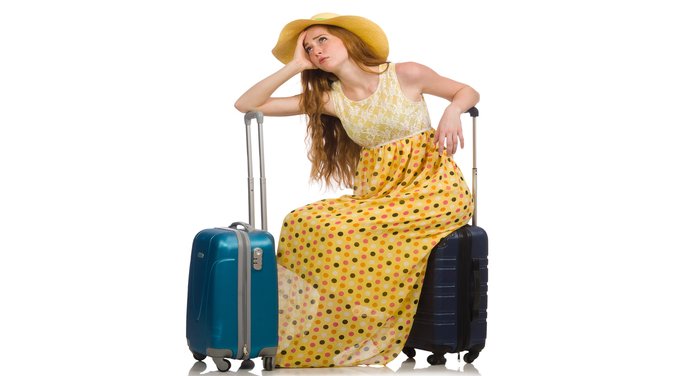 The Wall Street Journal has released its annual scorecard of U.S. airlines, sizing them up according to factors that matter to travelers, including delays, on-time arrivals and lost baggage. Overall, the newspaper reported, airlines did a better job on some measures in 2016 than in 2015, with 7 percent fewer late arrivals.

Alaska Airlines earned top rank for the second year in a row, but as a customer experience consultant, I was just as interested in the airlines at the bottom. American Airlines ranked ninth out of the nine carriers rated, and budget carrier Spirit Airlines came in eighth.

American Airlines blamed problems at its hubs and its merger with USAir, and said it has a new training program to improve customer service. But Spirit, which was dead last in the customer complaints category, seemed to feel destined to do poorly. This is no great surprise: CNN Money ranked Spirit 10th out of 10 airlines rated for customer satisfaction in 2015. Another budget carrier, Allegiant Air, came in ninth.

Spirit told the Wall Street Journal that it has improved its operations, but it expects to get more complaints than other airlines because customers who buy tickets through travel agents may not understand Spirit’s fee structure. Like many budget carriers, Spirit offers a low base fare, but then makes customers pay extra for things that other airlines offer for free, like advance seat assignments and carry on bags. Not surprisingly, customers tend to be unhappy when they’re slapped with these extra charges after arriving at the airport.

Well, some people do. But not me, when low fares come at the expense of everything else.

I used to fly budget carrier Ryanair when I was in the UK, but I won’t do it anymore because the experience is so bad.  Ryanair chief executive Michael O’Leary has made it clear – repeatedly — that he couldn’t care less about customers. “Are we going to say sorry for our lack of customer service?” he asks. “Absolutely not.” At one time he even considered charging travelers £1/$1 to use the bathroom!

Ryanair, Spirit, Allegiant and other airlines like them are obsessed with cost, and they’ve made it the driving principle behind their business model and company culture. When they’re competing with full service airlines, budget airlines lure travelers simply by being a lot cheaper. They have little reason to invest in a customer experience that will build loyalty.

But as budget carriers have multiplied and become more competitive in Europe, Ryanair has lost business to carriers who cost a little more but offer a better experience.  In response, Ryanair attempted to back down from its “abrupt culture,” pledging to overhaul its website, create a team to respond to emails and stop fining customers whose carry-on bags exceeded size limits by only a few millimeters.

But these moves, in my view, are mere window dressing. A leopard can’t change its spots, and if you are immersed in a culture that is toxic to customers, you can’t alter it just by changing your baggage policy. A true change in customer experience means changing the company culture to emphasize customer satisfaction. With a guy like O’Leary at the helm of Ryanair, I don’t think it’s possible.

As for the American budget carriers, customer experience will only truly improve if the carriers evaluate the customer-centricity of their organization and embrace the fact that buying decisions are based more on emotional factors than on rational ones like price. For example, In our customer experience consultancy, we use the Naïve to Natural assessment to help companies understand their current organizational orientation toward customers in each of nine key areas.

Until there’s a change, I think I’ll stick with the major carriers.

Have you flown Ryanair, Spirit or another budget carrier? How was it? Share your comments below.

Make sure your Customer Experience exceeds your Customer’s expectations rather than being a disappointment or frustration. Learn how with Beyond Philosophy’s Secrets of a Successful CX Program training.

If you liked this article, you might also enjoy these: