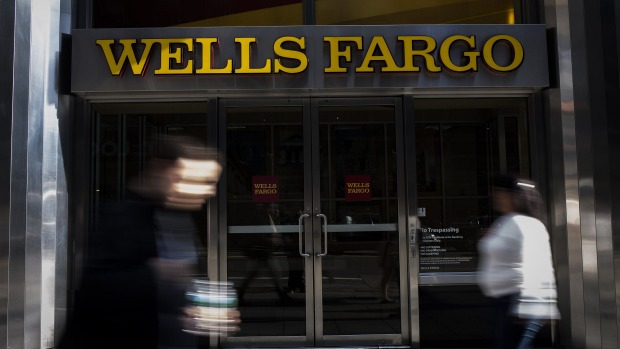 All of the changes in customer decision-making dynamics, and influences on corporate and brand perception over the past decade or two, have brought business-to-business and business-to-consumer marketplaces to a new frontier. There is an increasingly critical connection between brand promise, corporate trustability and reputation, the customer experience as created by people and processes, and downstream customer behavior.

In an exploding Newtonian way, any small ripple in reputation change (such as through a product recall, operating scandal, or executive miscue), brand performance or customer service can have a tsunami type effect. And the ‘long-tail’ of online social media commentary may make the damage last indefinitely.

Employees have a particularly important role here. Studies have found that employees are often less than enthusiastic about their employers and the goods they produce. As noted in many discussions of employee ambassadorship, small lapses in committed behavior by employees, identified as ‘badvocacy’ by Weber Shandwick, can cause a great deal of damage to reputation and business outcomes. Negative or ambivalent employee attitude often drives customer complaints, some of which are expressed and some of which are either suppressed, mentioned in casual conversation, or posted on social media sites.

Enter Wells Fargo, and its alleged multi-year illegal sales practices across the company, first reported about two weeks ago – although, with all of the media attention, including widely-covered congressional hearings, it feels like the situation has been going on for months. After findings that many accounts had been falsified (such as creating fake email addresses) or forced on unsuspecting customers, netting the company billions of dollars in profits, Wells Fargo paid a (relatively small) $185 million fine to regulators.

In a September 13th Wall Street Journal article, CEO John Stumpf said that the bank didn’t have a bad culture, but that it has been working to weed out bad employee behavior. As he’s stated, “Everything we do is built on trust. It doesn’t happen with one transaction, in one day on the job or in one quarter. It’s earned relationship by relationship.” Pronouncements like that should reflect a customer-centric culture, ambassadorial employee behavior, and positive customer perception. At Wells Fargo, it can be argued that none of these exist. Instead, Stumpf has said that the problems were caused by ‘rogue’ employees, 5,300 of whom were fired over a several year period. These employees were principally non-managerial bankers and lower level supervisors. Large-scale employee dismissal is reflective of a disturbing business trend, where corporate executives blame staff for various negative customer value situations, rather than on rust, chinks, holes and dents in the cultural armor.

Like other recent, very public value-diminishing customer events, such as incurred by United Air Lines, Comcast, FedEx, General Motors, Toyota, and others, the Wells Fargo story may be with us for some time. Though Stumpf has said that “I’m thinking about how do we move forward”, his testimony before the Senate Banking Committee did little to help with doing that. And, in fact, at this writing, his job may be on the line (though he’d pick up over $100 million in severance if he left the company). As commented by comedian John Oliver, what Stumpf and his weak defenses of the Wells Fargo scandal have disclosed are issues of enterprise DNA and failed leadership.

On September 8th, Stumpf had sent a message to all Wells Fargo employees, the day news of the massive fraud was breaking. In it, he referenced the culture multiple times, saying “Our entire culture is centered on doing what is right for our customers.” A week later, in the WSJ article referenced earlier, he directly blamed employees, saying “There was no incentive to do bad things.” These are the words of an out-of-touch leader, reflecting an incoherent and non-transparent stakeholder culture.

Consistency and Clarity of Goals and Values

Particularly evident in the Wells Fargo reporting is the emerging operational and cultural disconnect which exists between senior and middle management, and lower level supervisory and non-managerial employees. A more real-world description of what Wells Fargo’s customers have experienced came from John Shrewsberry, the CFO, who has said that the bank’s issues were principally due to “people trying to meet minimum goals to hang onto their job.” If the massive pressure for cross-selling by the rank-and-file Wells Fargo employees isn’t a mirror reflection of a stakeholder-insensitive, values-absent culture, what is?

If there is agreement on goals and values between levels of employees within an organization, the good news is that people generally trust those that they work with every day. Unfortunately, per a recent survey done by the London Business School and MIT’s Sloan School of Management, the bad news, as can occur in a large company like Wells Fargo, is that senior management trusts junior management or non-management only about 10% of the time. Junior managers, supervisors and non-managers often can’t identify the organization’s major priorities, leaving a vacuum and lack of clarity. Result: More direct pressure and close supervision from above, a minimum of non-manager and first line supervisor enablement and empowerment, and an impaired employee experience. I’d submit that this combination of factors represents, over an extended period of time, what has brought Wells Fargo to this unfortunate position. Time will tell how long it takes the remaining employees, and customers, to recover their former levels of trust.

Build Stakeholder Experience From The Inside-Out and Outside-In

There is, of course, a prescriptive for helping rebuild Wells Fargo’s culture; and it begins with addressing drivers of stakeholder experience from the inside-out, as well as outside-in, i.e. from the customer’s perspective. One of my favorite models for doing this is Baptist Health Care, based in Pensacola, Florida. Baptist, simply, has one of the most progressive stakeholder-centric, value and values-driven, cultures to be found anywhere in the world. Here are some of the things I’d written about the organization from a few years ago:

There’s a culture of inclusion and participation at BHC which employees desire and appreciate. Money’s always a part of the value employees see in their job, to be sure; but, it’s the environment, training, plus the daily and long-term experience, that are so much more important to them. At Baptist, employees respect each other’s professions. It’s well understood, for instance, that nurses are the direct link to the patients. They’re at the bedside, the first line of patient-employee contact, like customer service reps. In a shared value and climate of ‘patients come first’, everyone pulls together. That’s a central reason why BHC’s rate of staff turnover continues to go down.

For Employees and Customers, Should the Goal Be Higher Engagement or Higher Experience Value?
10 BIG Ideas for Customer-Centric Success
Servant Leadership: Essential for Moving Beyond Employee Satisfaction and Engagement

Republished with permission from CustomerThink.com