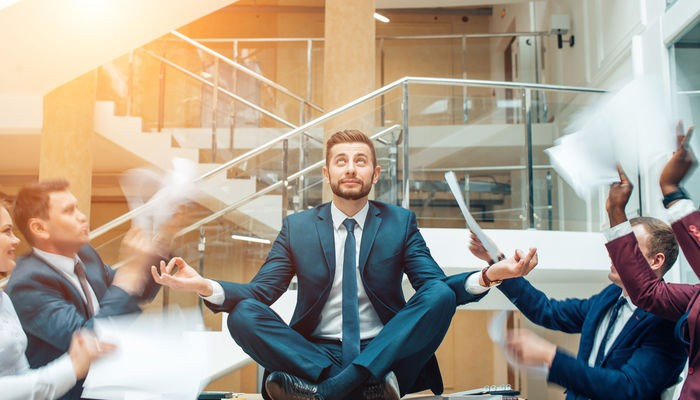 There is a surprising lack of literature on company politics. For such an important topic that can be awkward for people, it seems there should be books, podcasts, training, and everything else on it. Today I am going to do my part on being some of the change I want to see in the world. I am sharing the five rules for dealing with company politics that I learned over my career.

I spent 20 to 30 years working inside corporate life. Then, I started Beyond Philosophy about 20 years ago, which also has big corporate clients. All this to say, I’ve dealt with company politics my entire career. These rules for managing company politics are here because no one ever officially tells you how to deal with them. Here are the five I have narrowed down to my list:

Many people don’t think they have company politics, or if they do, that the company politics do not affect them. However, my experience is to the contrary; company politics are all over the place. Even when I was lad playing soccer, there were politics in the soccer team, primarily by managers picking and giving playing time to their favorites.

Company politics is not about who gets playing time but about understanding people’s true motivations. The keyword is “true” here, which suggests that the reasons they articulate and the ones they have are quite different. In my experience, it’s about how somebody can gain power or a promotion in some way.

Thinking back to previous organizations that I’ve worked in, power was defined by the number of people that reported to you. The larger the organization, the more power you had. However, emphasis was also determined by what part of the organization you served. There exists a parallel in the way people think about departments and how much power they have. For example, sales or marketing departments had more power than customer service, who, on the whole, always seemed to be second class.

At one organization I worked with, the new Chief Marketing Officer (CMO) wanted to engage us to improve their experience. However, other team members saw the new CMO as a threat and didn’t want to support his plan lest they lose their position in the company’s hierarchy. It was clear that politics were getting in the way of what was best for the organization there.

If people were all behaving rationally, then politics wouldn’t be a thing. Rationally, the team would make the best decisions for the organization because it is in the company’s best long-term interest. However, we don’t behave rationally, and people have some irrational, hidden motives that drive some of their behavior.

So, don’t be naïve about people’s motivations. Understand what’s important to people and what drives their decision-making within organizations.

Rule #2: Understand how to play chess.

In my last position, I had 3,500 people for whom I was responsible. People used to ask what I did for a living, and I used to say that I played chess for a living. Understanding how to play the game of chess is essential because it teaches you to accept the consequences of your actions. It also teaches you to play by the rules of the game. Both skills are crucial when navigating company politics.

Even if you don’t see yourself as a political person and don’t like playing politics, not understanding how the organization evaluates people and what motivates a team’s decision-making means you are setting yourself up for failure.

Let’s try and get practical with this. If you are running a project to improve the customer experience, you should know what motivates the senior people in your organization. Is it cost-savings, innovation, or something else entirely? It may be something tangible, like reducing headcount, but it may be something that’s more sort of intangible. Somebody that’s driven by ego might want to hear that they are a significant part of the team by improving the customer experience. Appealing to these motivations will go a long way to getting what you want.

Also, you should know who has the power and influence, so you can appeal to what helps them the most. For example, does the person want to reduce headcount overall? If so, show them how your program minimizes the need for headcount in specific departments and why. Now, you are presenting them with something they want, too.

In another case, I learned who the main decision-makers lieutenants were that would influence the outcome. So, I went to the first to lay the groundwork with the senior person who would be more willing to consider my suggestions.

These are strategic moves I made that played into politics. Like chess, knowing the game, the players, and when to make your move was essential.

Rule #3: Realize that sometimes you need to lose a battle to win the war.

We often find that people are perfectly willing to accept a new idea until you ask them to do something. Then, you encounter resistance. When you argue, remember that it’s okay to give a little now to get what you want later. Think of the project as a campaign that you work on overtime. If you lose this argument, does it matter if you win the war in the long run?

An example of where I encounter this is when I tell clients they should measure their results. The idea of measurement usually goes over fine; it’s when I add that they should put that measurement in place attached to people’s bonuses that I encounter resistance. Many times, even though I believe that tying performance in Customer Experience to compensation the best way to make a successful improvement program stick and thrive, I will let that one go for the time being and check back in with it later.

Moreover, you can spend too much political capital getting that victory, too. If you get your way and the initiative moves forward that you fought for, you may discover that you have lost support and cannot get anything off the ground. Your short-term win leads to a long-term loss.

One of the benefits of working with an organization like mine is I have implemented programs before, many times. I know where in the process you are likely to encounter resistance. I also know which battles are okay to lose (and which ones are not) so that you can ultimately win the war. Moreover, I can be your scapegoat. I am not “inside,” so I can take the blame for unpopular moves. You can tell them it wasn’t your idea!

In other words, rule number three is to pick your battles. It also means it would be best to recognize that some actions are not worth winning, especially if they jeopardize the support you need for your long-term goal.

Rule #4: Focus on the customer.

Too many people in organizations do things for their benefit and ride roughshod over the customer. One of the values for a company that we work for was, “We put customers first.” We didn’t. Political agendas came first, even if they interfered with the Customer Experience. I’ve always thought that was wrong. It would help if you had right on your side, and for me, having that is doing things to improve the Customer Experience. Of course, I realize I am biased.

My dad gave me advice, which has always stuck with me throughout my career, which was, “Do a good job, and everybody will want you.” He meant you don’t have to get involved in company politics, but you need to understand that there are politics and how to play the game. However, do an excellent job because all these political players will want you because you’re doing a good job.

Moreover, you want to be in a position that everybody loves you, or at least as many people as possible. There will always be people that don’t like you, and some of them might get into power. However, if you remember rule #4, stay focused on the customer and then rule #5, doing a good job, then no matter who is running the organization, they will want you on the team.

Politics can burn some people at their jobs. I’m sure many of you have stories where it happened to you. However, when you look at things over a longer time horizon, those moments tend to even out. Organizations should serve customers and do what people are paying them to do—and nobody’s paying for politics. Moreover, if you’re too focused on politics within any particular organization, that’s time spent not doing your job, and there’s a real danger that will catch up with you eventually. So, do the job well.

One of the reasons organizations lose touch, not only with the customer but also the shop floor because they’re spending so much time worrying about politics and trying to maneuver things to get to their plan. Part of the problem is that people treat politics within the organization as their job, like managing politics was their job description. Ultimately, that can catch up with them and backfire.

If you have a customer focus as your guiding light, play the game, and lose battles to win the war in the name of having a larger purpose, you will have better performance and more staying power. Plus, you might be happier, which is never a bad thing.