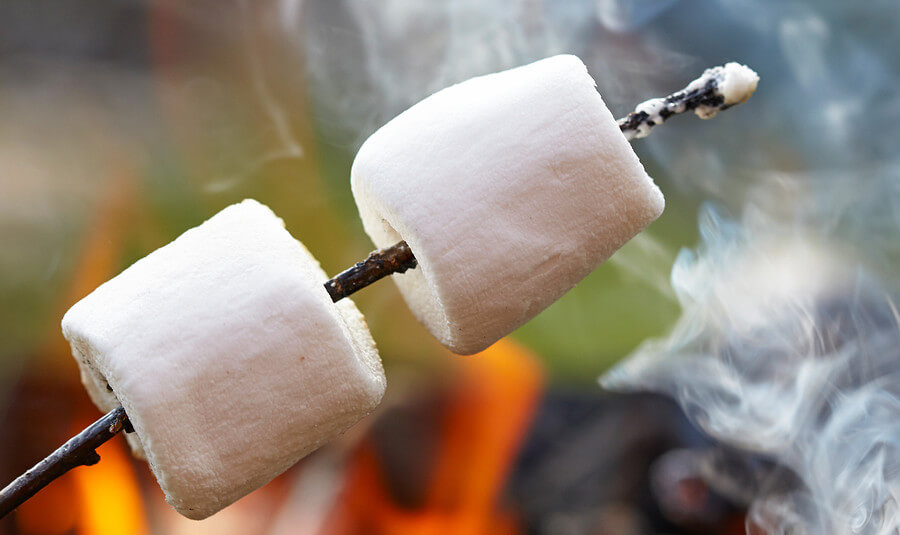 You have all done it. I know I have. It’s natural these days to stop working on a project and check your feeds, see how your post is performing, or how many favorites your latest Tweet earned. Yes, we may all be doing it, but it’s killing our chance of reaching greater productivity and harming the quality of our work.

Author Ed Batista addresses this in his post on Harvard Business Review’s blog. He compares to our global connectivity with the famous marshmallow test for kids from the late 1960s. For those of you not familiar with the marshmallow test, the researchers gave children aged 4 to 6 a choice. They could eat a Marshmallow now or wait to eat it for 15 minutes and get two marshmallows. Researchers went on to discover that the kids who waited for the second marshmallow did better in various ways in their lives, from higher SAT scores to other measures of “success.

Batista thinks that information about others around us has become the new marshmallow. When it comes to delayed gratification, however, we are all failing the test.

It’s an interesting point he brings up. There is a new video circulating about how we need to stop obsessing about our screens and enjoy our lives more. I believe in this as well, even writing about the first video I saw about this a few months ago. I think that social media to excess might be the next generation’s big regret.

Batista says that the “blips of information” we crave as grown-ups had its roots in times when we didn’t have access to so much information. As a result, our brains crave information when it is available. We know that it is valuable. So, we look for it often, even when we are embroiled in a complex task that should be our focus…and it gratifies us in the same way a marshmallow does a four-year-old.

Productivity is crucial in one’s work. I read on an airline magazine that Tuesday is the most productive day of the week. The least productive day is Wednesday. I wonder, is that because engagement on Social media kicks up on hump day?

So how do we fix this? Social media is here to stay. No matter how many videos eloquently chastise us to stop wasting so much time looking at screens, we still will. At the same time, we still will need to be productive. When you look at it that way, it feels like an insurmountable problem.

There are ways to overcome one’s bad habits, however, even if they are unorthodox. Consider the method employed by a San Francisco-based entrepreneur. Maneesh Sethi, author and blogger of Hack the System hired a person on Craigslist to slap him every time he lost his focus on the task at hand. Interestingly enough, he paid them $8 an hour to do this. The results were surprising. Before the slapper, his research indicated that he wasted 38% of his time on “other interests, which you and I know as Facebook and Reddit. After the slapper, his productivity rose to 98%. Sethi tried this tactic several times with different slappers, and the results were always good, although better when the slapper was a stranger.

While the method is outlandish, the reason it works isn’t. Sethi said that once he made a commitment to change his behavior, it changed his mindset and facilitated his success. A person can change their less than desirable behavior once they decide to. Otherwise, no one would ever have quit smoking, stopped biting their nails, or turned off any of the Real Housewives programs.

Ultimately, we are emotional beings. We like how it feels to know what’s going on in the world, with our followers, with our posts, and our online community. Sometimes these breaks can serve as little breathers in a complex task.  I’m not saying that there is no place for this activity when you need to be productive. It’s when they become the focus that the problem with productivity ensues.

I like to think that if I had been chosen to do the marshmallow test that I would have been one of the brilliant tykes who waited for the 15 minutes to get an extra treat. If I’m honest, I’m not sure I would have, but my point is that I would like to have been.

So bringing that concept into my adulthood, I must make the mindset that I will resist the information marshmallows that will disrupt my day and focus on the task at hand. The memes and cat videos will just have to wait. And my reward will be that I will finish my tasks, and have plenty of time to go out and catch up on what I missed on my feeds.

How do you resist the temptation to waste time online? Tips and tricks would be great to share for all of us in the comments below.

Colin Shaw is the founder and CEO of Beyond Philosophy, one of the world’s first organizations devoted to customer experience. Colin is an international author of four best-selling books and an engaging keynote speaker.